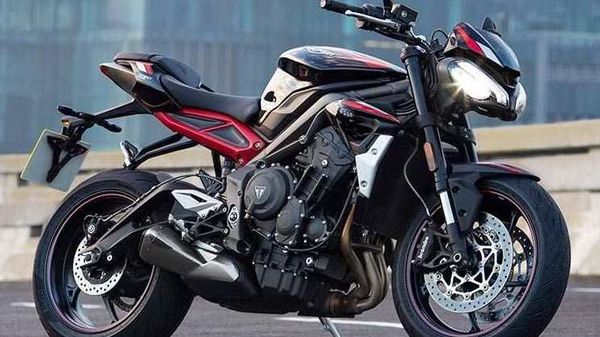 Triumph Motorcycles India on Tuesday announced that it is planning to launch the new Street Triple R in India on August 11. The company will conduct a digital launch of the upcoming streetfighter motorcycle. HT Auto has already hinted in the past about the imminent arrival of the Street Triple R. Select Triumph dealers have also started accepting pre-bookings on the bike unofficially.

The company has also shared a teaser video of the upcoming motorcycle ahead of its launch. The new bike will sit under the newly launched Street Triple RS. And packs a number of heavy updates against the base Street Triple S.

It employs a BS 6-complaint 765 cc in-line three-cylinder engine which is known to develop 116 PS of maximum power at 12,000 rpm and 77 Nm of torque at 9,400 rpm. The engine comes equipped with a six-speed manual transmission. The same powertrain has been tuned to produce a slightly higher 123 PS/ 79 Nm output in the top-spec 'RS' model.

The company has also started testing the 2021 Speed Triple