Suzuki Motorcycle India announced the launch of the new Katana motorcycle in the country a few weeks back.
By : HT Auto Desk
| Updated on: 19 Jul 2022, 16:44 PM 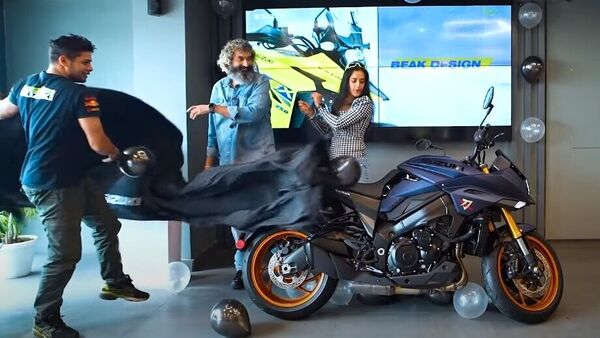 Suzuki Motorcycle India announced the launch of the new Katana motorcycle in the country a few weeks back. Now the company has initiated the official deliveries of the bike. The new litre-class model has been retailed in the country as a CKD model and is priced at ₹13.61 lakh (ex-showroom, Delhi). It rubs shoulders with the bikes such as the BMW S1000 XR and the Kawasaki Ninja 1000 SX.

The new Suzuki Katana sports a monocoque-style bodywork with fairly sharp and aggressively styled body panels. At the front, there is a unique, rectangular-shaped headlight along with a tinted flyscreen. Moreover, unorthodox elements such as the use of widely open side body design reveal the inside monocoque-style bodywork, fairing integrated turn indicators, and rear-fender mounted number plate and turn indicators, give it a unique appearance.

At the heart of the motorcycle sits a 999cc, inline-four, liquid-cooled engine. This unit has been rated to produce 149bhp of maximum power and 106Nm of peak torque. For the transmission duties, the bike uses a 6-speed gearbox.

In India, the motorcycle is available for purchase in two colours – Metallic Mat Stellar Blue and Metallic Mystic Silver.