The Okinawa Oki90 electric scooter is likely to be launched in India in the first quarter of 2022. Oki90 e-scooter from Okinawa will take the fight against the rivals such as Ola S1 and Simple One.
By : HT Auto Desk
| Written By : Prashant Singh
| Updated on: 25 Jan 2022, 19:14 PM

Oki90 e-scooter from Okinawa will take the fight against the rivals such as Ola S1 and Simple One.

Okinawa, the Gurugram-based, EV manufacturer is gearing up for the introduction of its new Oki90 electric scooter in the country. The scooter is said to be launching in India in the first quarter of 2022.

Now, HT Auto has spotted a new electric scooter amidst road tests and it is likely to be the same model from Okinawa. As the spy images delineate, the prototype seems to be in the final development stages, and aesthetically most of the body panels appear to be ready. While the paint details have been smartly hidden under a camouflage sheet, bits like longer and extended seats, large chunky alloy wheels, silver-finished rear grab rail, and dual spring suspension at the back are clearly visible. The use of larger alloy wheels is also certain to aid the overall riding dynamics of the scooter. The wheels look nearly 14-inches, which for the record, is larger than most of the wheels sizes available in other electric scooters in India. 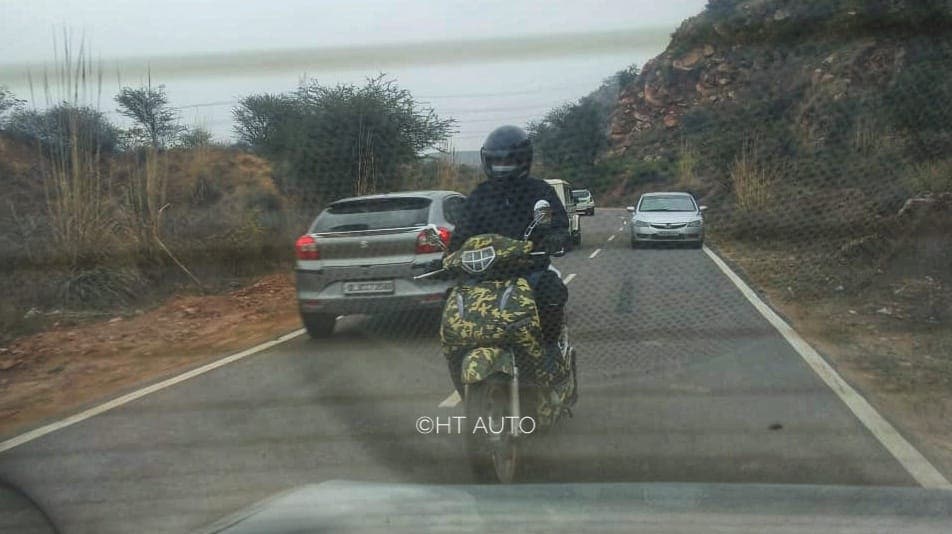 The use of larger alloy wheels is also certain to aid the overall riding dynamics of the Oki90 electric scooter.

As per the previous details, the scooter will come with a removable lithium-ion battery and a fast charger. Also, the images suggest that there will no hub mounted motor, instead the company has opted for a centrally mounted unit on the Oki90. As far as the battery and motor specifications go, expect the numbers to be close in the range of other premium models from Okinawa with a top speed of around 80 kmph and a full charge range of 150 km to 180 km. 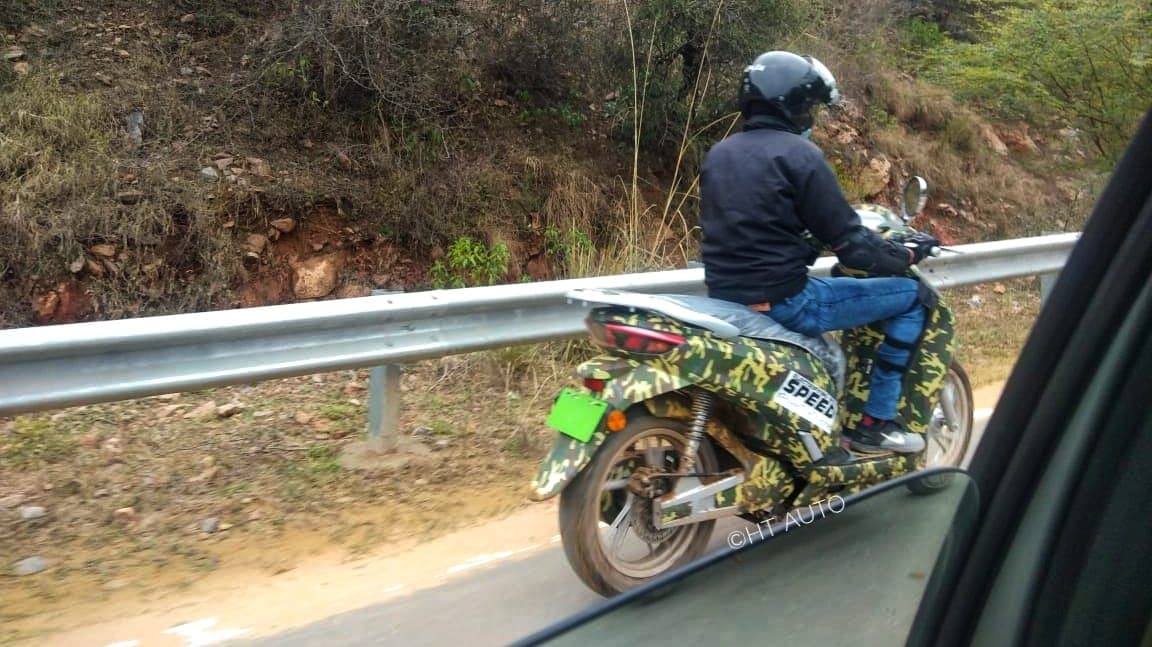 The Okinawa Oki90 electric scooter is likely to be launched in India in the first quarter of 2022.

Upon launch, expect the scooter to also get some connected features such as geo-fencing, navigation, diagnostics etc. It will come out to be a direct rival to the likes of the Ola Electric S1 and the Simple Energy One.

Expect the final price rollout of the scooter to take place sometime by April this year. It is likely to be priced somewhere in the range of ₹1 lakh to ₹1.2 lakh (ex-showroom).