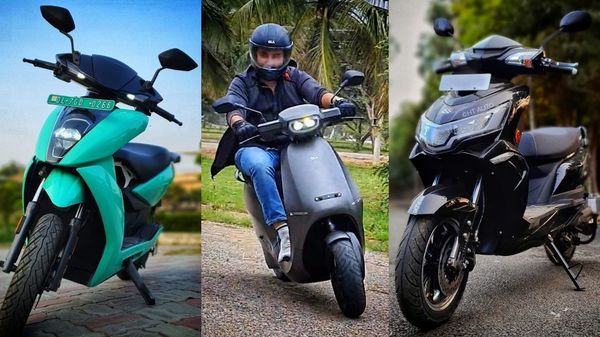 Talking specifically about the brands, Hero Electric managed to stay at the leading position in 2021 by selling 46,214 units of electric vehicles, forming 34% of the entire electric two-wheeler industry in India. At the second position stood Okinawa which sold 29,868 electric two-wheelers in 2021. Interestingly, Okinawa has been performing quite well in the market and is also slowly closing in the gap with the current market leader Hero Electric.

At the third position stood Ather which managed to retail 15,836 electric scooters in the market last year. Ather has also ramped up its operations big time and made its presence felt in the majority of big cities in India, including Delhi, Mumbai, Jaipur etc.

At the fourth and fifth positions stand Ampere and Pure EV, these brands sold 12,417 and 10,946 electric two-wheelers in the market last year.

Commenting on the performance of the industry, Sohinder Gill, Director General, Society of Manufacturers of Electric Vehicles (SMEV) said, “The recent positive changes in EV policy through FAME 2 are a game-changer and a decisive move by the government to ensure a cleaner and greener transportation sector, reducing reliance on expensive and contaminated liquid fuel. Customers have now started shifting in large numbers from petrol two-wheelers to electric ones due to attractive prices, lower running costs, and lower maintenance. A significant percentage of customers also factor in the environment and sustainability in their decision to buy an electric two-wheeler. Going by the recent monthly trends, the next 12 months may see 5 to 6 times the growth over the previous 12 months."

The following positions were taken by brands such as TVS, Revolt, Bajaj, Benling India and Jitendra New EV.

(Note: The above data doesn’t include low-speed electric two-wheeler segment)