The bookings for the new Kawasaki Ninja 1000SX have started across India at the company's official dealerships and website.
By : Prashant Singh
| Updated on: 29 May 2020, 10:07 PM 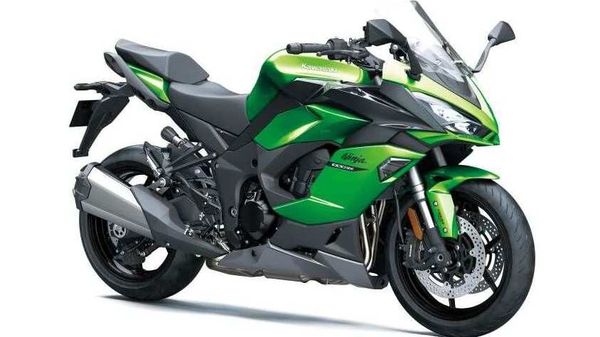 After the new 2020 Ninja 650 BS 6 and the Z650 BS 6, the green machine maker from Japan on Friday introduced the BS 6 compliant 2020 Ninja 1000SX. The new sport tourer from Kawasaki costs ₹10.79 lakh*. The newly update motorcycle is slightly more expensive than the model it replaces as the previous 2019 bike was sold at ₹10.29 lakh* price tag.

For 2020 the bike gets a reworked exhaust system which is now a single-exit unit replacing the previous generation's twin-exit end cans. The motorcycle also gets updated ergonomic for both the rider as well as pillion passenger. The pillion seat is now thicker and raised from the tail-end to prevent the passenger from sliding backwards in case on instant acceleration. Also, the rider seat has been re-shaped for extended support.

The bike now sports a tweaked front windscreen with more vertical adjustability, also its side body panels as well as belly pan has been redesigned.

At the heart of the new Ninja 1000SX sits a BS 6-complaint 1,043cc, the inline-four engine which now sports electronic throttle valves. This new update allows the ECU to control the air-fuel ratio in the injectors more precisely. Despite the new updates, the engine delivers the same 142 PS at 10,000 rpm and 111 Nm torque at 8,000 rpm. The latter now arrives slightly higher in the range.

It features four switchable riding modes such as Sport, Rain, Road, and a programmable Rider mode. There is also a new 4.3-inch TFT instrument cluster which can be connected to smartphones for a more engaging experience.

The bookings on the new Ninja 1000SX have started across India at the company's official dealerships and on its website.