Hero said it is expecting a healthy retail over the coming weeks due to the usual higher demand in the festive season.
By : HT Auto Desk
| Updated on: 03 Nov 2021, 06:16 PM 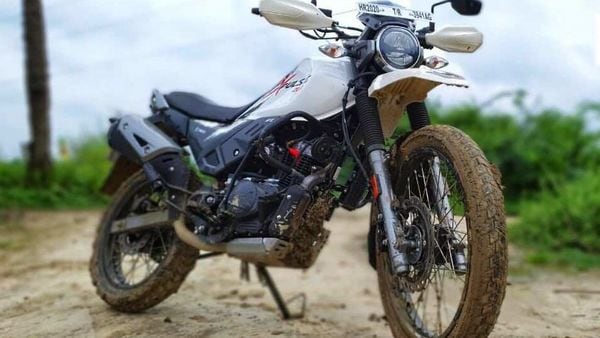 Hero MotoCorp has announced that it has managed to sell 547,970 units of two-wheelers in the month of October 2021. The company said that the October sales come as a sequential growth over the volume sales in the month of September. Previously (September'21), the company has despatched 530,346 units of motorcycles and scooters. However, in terms of yearly growth, the company has recorded a significant downfall as it managed to sell 7,32,498 in the month of October 2020, which is comparatively larger than the sales performance of the corresponding month this year.

The company said it is expecting a ‘healthy retail over the coming weeks’ due to the usual higher demand in the festive season. India's largest two-wheeler maker is also expecting a ‘swift revival in sales’ in the upcoming months due to the gradual opening up of industries that were otherwise in a lockdown state in the last few months.

The company has also recently announced the launch of two new products just ahead of the festive season 2021. Hero launched its ‘X’-range of premium portfolio - the Xtreme 160R Stealth Edition and XPulse 200 4 Valve. In addition to that, Hero also introduced the new special edition Pleasure+ XTec scooter.

Meanwhile, to expand its international footprint, Hero has announced opening up the new exclusive dealership in Dubai, further strengthening its presence in the United Arab Emirates (UAE). (More details here)