Hero Electric has sold more than 6,300 units of electric two-wheelers in October and is ramping up capacities quickly to deliver the pending orders.
By : HT Auto Desk
| Updated on: 02 Nov 2021, 10:55 AM 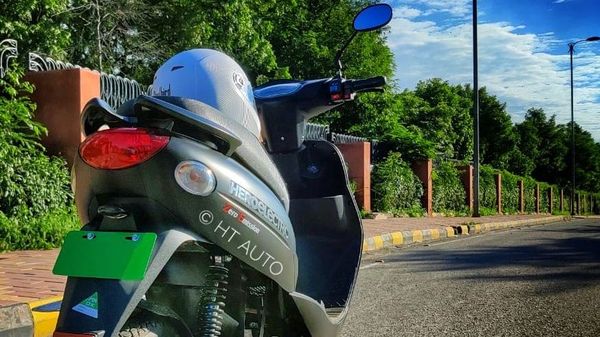 India's biggest electric two-wheeler manufacturer Hero Electric has reported a staggering growth in October as well. The EV maker said it clocked 6,366 unit sales of its high-speed electric scooters last month. This comes close to the heels of the EV maker's massive growth in September as well when it sold more than 6,500 units.

Hero Electric's sales performance in October is in stark contrast to what it did back in October last year when it could sell only 314 units of high-speed electric scooters. It is a growth of more than 1900 per cent. Hero Electric has said that with October's sales record, the EV maker has so far mopped up overall sales figures of 50,331 units in the ongoing fiscal.

Sohinder Gill, CEO of Hero Electric, said,"While we are happy celebrating the delivery of 50,000 bikes to the customers, we owe an apology to another 16,500 customers who are on the waitlist for deliveries and may have to wait for a few more weeks." He also added that the company is also looking to ramp up its capacities to keep up with rising demands and meet delivery commitments in coming days. The company had earlier said that it will expand its manufacturing of electric two-wheelers to up to five lakh units by March next year.

Hero Electric's city speed scooters Optima and NYX in the high-speed category have been the major drivers of its increasing sales so far. Between January and July this year, these two electric high-speed scooters helped Hero Electric to sell over 15,000 electric two-wheelers across India.