The new Harley-Davidson LiveWire ONE motorcycle is identical to the original electric bike in terms of styling and specs but benefits from a longer colour options list.The city range on the new LiveWire ONE has been listed at 146 miles (235 km).
By : HT Auto Desk
| Updated on: 09 Jul 2021, 11:38 AM 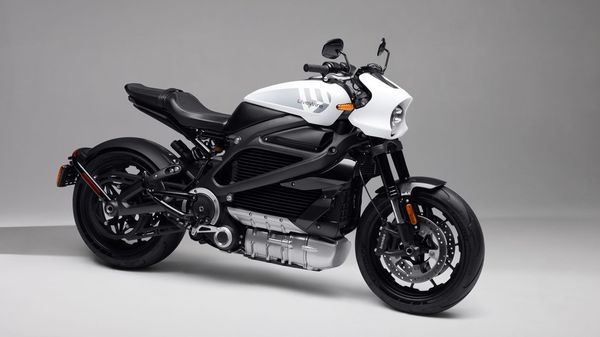 The new motorcycle has been priced at just $21,999 in the US market.

Harley-Davidson has announced the launch of its first model under the newly announced all-electric brand - LiveWire. The new motorcycle under the refreshed badging is called LiveWire ONE.

Surprisingly, the company has listed the motorcycle at a much lower price tag than the original $29,799 ( ₹22.23 lakh) Harley-Davidson LiveWire launched two years back. The new motorcycle has been priced at just $21,999 ( ₹16.41 lakh) in the US market. The original LiveWire electric bike gained widespread acclaim for its technology, performance and modern exterior design, but was let down by its sky-high price.

The new LiveWire ONE motorcycle is identical to the original electric bike in terms of styling and specs but benefits from a longer colour options list. It gets a 78 kW (105 hp) electric motor with an electronically limited top speed of 110 mph (177 km/h). It is rated to achieve an acceleration timing of 0-60 mph (0-96 km/h) in 3.0-3.1 seconds.

The city range on the new LiveWire ONE has been listed at 146 miles (235 km). For the record, it is identical to the original LiveWire motorcycle as it shares the same technology. While the company is yet to share the highway range specs, the bike is expected to do a full charge range of 80 miles (129 km) at 70 mph (112 km/h) similar to the previous LiveWire model which featured a 15.5 kWh battery pack.

Needless to say, the company is aiming at a larger set of younger customers with a lower price tag. “As part of The Hardwire Strategy, we made a commitment that Harley-Davidson would lead in electric. Today’s LiveWire ONE builds on the DNA of Harley-Davidson but with the electric focus and ambition of the new LiveWire brand," said H-D’s CEO Jochen Zeitz.