Harley-Davidson's new launch may be the Nightster or Custom 1250.The new bike will be launched virtually on July 13th.Harley's upcoming sportster will use the new 1250 cc Revolution Max engine from the Pan America ADV.
By : HT Auto Desk
| Written By : Prashant Singh
| Updated on: 22 Jun 2021, 03:55 PM 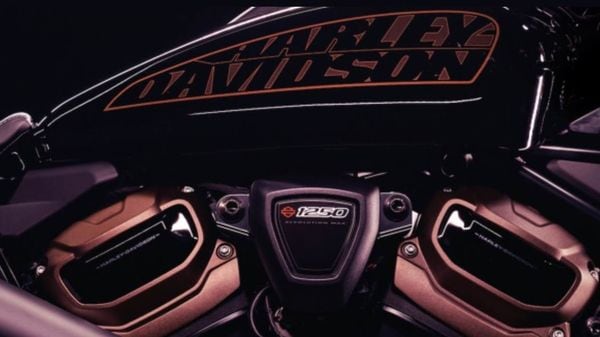 The new bike will be launched virtually on July 13th. Image Courtesy: Harley-Davidson

Harley-Davidson is gearing up for the introduction of a new model in its lineup. The company has recently shared an image suggesting that its new bike will sit in 'the sport segment' and will be launched virtually on July 13th. The key information revealed by the teaser includes the use of the new 150-horsepower 1250cc Revolution Max engine from the new Pan America adventure motorcycle.

(Also Read: India-bound 'affordable' Harley-Davidson Pan America is a super hit in the US)

“Following the successful launch of our first adventure touring motorcycle, the Pan America, we are excited to reveal another all-new motorcycle, built on the Revolution Max platform in the sport segment, showcasing unmatched Harley-Davidson technology, performance and style," said Jochen Zeitz, chairman, president, and CEO Harley-Davidson.

The sport segment to Harley-Davidson may be a bit loosely defined. While there is a possibility that Bronx streetfighter might see the light of the day, but the project has already been trashed last year. The upcoming bike may be more of an amalgamation of sport and cruising segment, it may be the Harley Nightster or Custom 1250. For the record, these names were hinted at by Dennis Chung in March and April.

Needless to say, whatever motorcycle Harley has in stores, it will certainly be a hoot to ride with the 1250cc Revolution Max engine. More details on the upcoming Harley-Davidson will be revealed soon.

Meanwhile, the company is getting ready to ride in a new electric motorcycle soon. (Read more details here)