Bajaj said that it will adhere to the government-issued guidelines and its service centres have been directed to strictly follow safety and health protocols.Bajaj is yet to announce details on the resumption of Chetak e-scooter sales.
By : HT Auto Desk
| Updated on: 20 May 2020, 12:57 PM 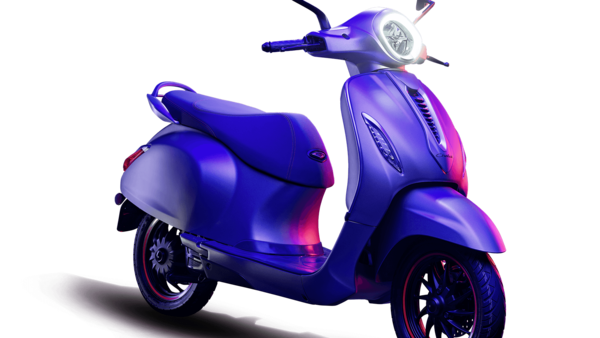 Bajaj Auto has announced that it has resumed operations at the Chetak Electric's service centres located in Pune and Bangalore. For the record, these are the only two Indian cities where the scooter is currently present.

The automaker has also said that it will adhere to the government-issued guidelines and its service centres have been directed to strictly follow safety and health protocols such as thermal screening of the employees, customers, and thorough timely sanitisation of the facility.

The company is yet to announce details on the resumption of sales of the electric scooter. Since the production at Bajaj's Chakan plant has already commenced from May 4, it is expected that the sales will also resume soon.

As previously reported, the company managed to dispatch a total of 91 units of the Chetak Electric scooter in the month of March before the nationwide lockdown came into action on March 24. The following month was a bummer for the entire Indian Auto industry since there were zero domestic sales reported in April.

The Bajaj Chetak was launched in India in the month of January. It is currently priced at ₹1.12 lakh (Urbane) and ₹1.29 lakh (Premium). Soon after the launch, it managed to garner over 2,000 bookings in just 15 days, which is quite an encouraging number for an electric scooter. While the company originally planed to deliver all the booked units by second-quarter of 2020 but the plans have been delayed due to the suspension of production at the Chakan plant.

It has been reported that Bajaj has shifted the previous June delivery plans to the third-quarter (September) this year.