Bajaj Auto has shifted the earlier June delivery plans of the Chetak Electric to the third-quarter (July-September) this year.
By : HT Auto Desk
| Updated on: 22 Apr 2020, 02:59 PM 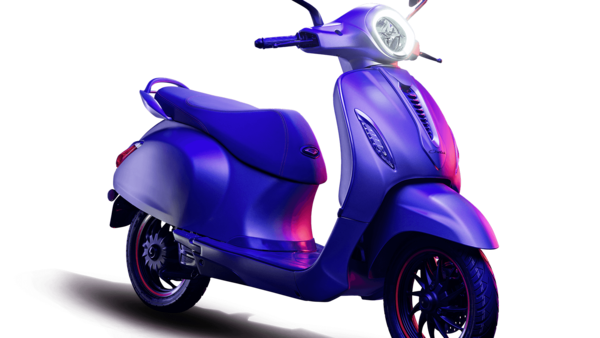 Bajaj Auto stepped into the world of electric vehicles with the launch of Chetak Electric in January 2020. It garnered over 2,000 bookings in just 15 days of launch which was quite a promising figure for an electric scooter.

While earlier, the Pune-based automaker originally planned to deliver all the units which were booked till February, in the second-quarter this year, the plans have been delayed due to production halt at Chakan.

If reports are to be believed, the company has shifted the earlier June delivery plans to the third-quarter (September) this year.

The entire country is under lockdown to contain the outbreak of the coronavirus, the lockdown 2.0 is slated to be lifted on May 3rd. If by any chance, the lockdown is further extended, it may severely cripple the already suffering auto industry.

The Chetak Electric also marked the company's comeback in the scooter segment after over 12 years. For the record, Bajaj's last scooter prior to the Chetak Electric was the Bajaj Kristal which was launched back in 2007.

It comes loaded with a 3 kWh, IP67-rated battery pack. The battery delivers charge to an electric motor which in-turn churns out 4 kW of maximum power and 16 Nm of torque. The Chetak has been claimed to return a full-charge rage of 95 kms. It consumes about five hours to attain full charge.

The electric scooter has been featured in two variants, namely Urbane and Premium. The former comes with drum brakes and two colour options (Citrus Rush and Cyber White). The latter features front disc brake and rear drum brake. It is available in four colour schemes such as Velutto Rosso, Indigo Metallic, Hazelnut, and Brooklyn Black.