When the power grid runs low, your electric vehicle's battery could help

Nissan Leaf introduced in 2010, is the only passenger EV in production that offers what is known as vehicle-to-grid capability.In Germany, an association of carmakers is working to develop a combined charging system for charging battery-powered electric vehicles.
By : Bloomberg
| Updated on: 07 Jun 2021, 15:55 PM 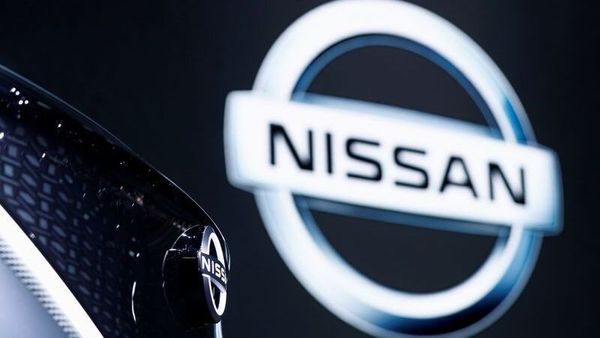 The Nissan Leaf sitting in Paul Kershaw’s driveway outside Cambridge, England, might look like just another car, waiting for its driver to take it for a spin. But the electric vehicle has been more than a means of transportation. It’s also powered appliances, streetlights and other grid-reliant machinery in the neighborhood.

The exchange of power is part of a trial launched in 2019 by Ovo Energy Ltd., the U.K.’s second biggest energy supplier. When Kershaw heard about the program, he applied to be one of 330 people to register his car as an energy-storage device. “I use my car only 1% of the time so knowing that my car is there, and it’s active and it’s doing something, it’s being used to balance the grid," Kershaw said, “it’s great knowing that."The one key requirement: to own a Nissan Leaf. The model, first introduced in 2010, is the only passenger EV in production that offers what is known as vehicle-to-grid capability – essentially, a bi-directional or two-way flow of electricity allowing an owner to charge up the battery or to draw on that when it’s needed by the grid.

With major car manufacturers from Bayerische Motoren Werke AG to Fiat SpA rolling out new models of electric vehicles, the global push to electrify transport is gathering momentum. Demand from cars will make up 10% of total power use in the U.S. and Europe by 2040, according to BloombergNEF, Bloomberg L.P.’s clean-energy research group. But battery-powered cars could supply power, too. In the U.K., which along with the U.S. is leading the way in vehicle-to-grid projects, tapping into vehicle batteries would enable grid operators to meet more than a quarter of peak power demand by the end of the decade.

For Ovo Chief Executive Stephen Fitzpatrick, one of the first challenges was to understand what might motivate customers to participate. Those in the trial got more than 3 million miles of free driving, with Ovo paying for charging, as well as the chance to reduce home energy bills. By feeding the battery power into the grid, vehicle owners get paid like energy suppliers.

Convenience was a key consideration for Kershaw, 50. “I’m based at home and I knew that at peak times my vehicle would be at home fully charged," he said. “I’ve been able to just change over to the vehicle to grid charger and not change any of my routines at all."

Other participants expressed concerns about battery depletion from continued use. Would this kill a battery faster? Ovo worked with battery chemists over a year to study the batteries and ensure those in the trial remained in the warranty that Nissan issues to Leaf owners.

“We were able to improve battery lifetime by not leaving the batteries fully charged overnight," Fitzpatrick said. “If you want to prolong the life of the battery, the best thing to do when you plug your car in is draw the power down to about 50%. That’s the most stable place for the battery to be." 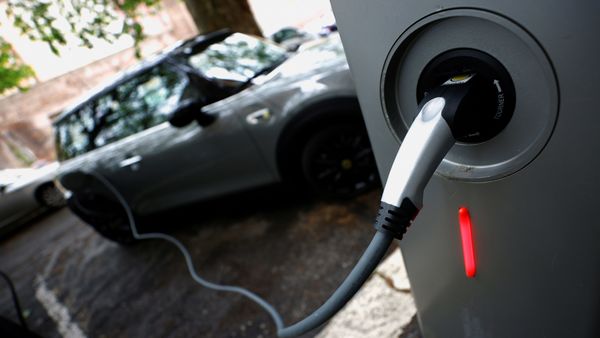 Ovo has plans to roll out vehicle-to-grid charging on a commercial scale, Fitzpatrick said, backed by a change in charging protocols that are coming in 2025 and should make it easier for car manufacturers to use bidirectional charging. (File photo) (REUTERS)

There are drawbacks, though. The vehicle-to-grid hardware and installation cost is higher than a smart charger. The current price, about 3,500 pounds ($4,840.30), is expected to drop to 2,000 pounds within two or three years as manufacturing scales up. Participants in Ovo’s trial get to keep their charger but the cost could be a significant barrier for consumers.

“When you’ve spent a lot of money on the car, I think the majority of people will be thinking, ‘I just want the cheapest charger that I can get,’" Kershaw said. “That was kind of my concern."

Ovo has plans to roll out vehicle-to-grid charging on a commercial scale, Fitzpatrick said, backed by a change in charging protocols that’s coming in 2025 and should make it easier for car manufacturers to use bidirectional charging. According to BloombergNEF analyst James Frith, drawing on the power of battery EVs will help grid operators better manage unstable and inadequate supplies.

Similar efforts are being explored throughout Europe and by other power suppliers. In Germany, the Charging Interface Initiative, an association of the nation’s biggest car makers, is working to develop a combined charging system as the global standard for charging battery powered electric vehicles. The group has a roadmap for implementing vehicle-to-home connections, followed by linking to the grid. The U.K. arm of French utility Electricite de France SA is offering vehicle to grid charging to business customers.

The cost for consumers will come down in time “but the price of the asset is still very, very important to how the business model can develop," said Vincent De Rul, EV Solutions Director at EDF Energy. Also, as car manufacturers recognize that there is more a benefit to this model and as consumers learn more about such options, Fitzpatrick said, the push will gather greater momentum.

How Much Power Can Cars Store?