Ferrari SF90 Stradale is a PHEV model, that could be being benchmarked by Lamborghini for the latter's Aventador replacement.
By : HT Auto Desk
| Updated on: 04 May 2022, 10:58 AM 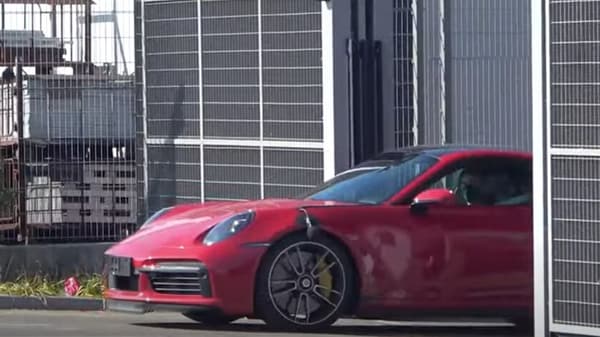 It was an interesting sight when a Ferrari SF90 Stradale was spotted at Lamborghini's plant in Sant'Agata Bolognese. No wonder it was a sensational image for the automotive enthusiasts who are fans of both the brands and supercars at large. As it appears, Lamborghini was benchmarking the Ferrari SF90 for taking the facts into consideration for the Aventador's replacement that has been already confirmed to come as a hybrid supercar.

Considering the fact that Ferrari Stradale is a PHEV, this seems the wise guess that the benchmarking data will be used for the upcoming Lamborghini hybrid supercar. However, Lamborghini is tight-lipped about the development.

This is not the first time when Lamborghini has been caught spying on its competition. Previously, the raging bull brand was seen benchmarking a Porsche 911 Turbo S (992) in the same location last month. Also, Lamborghini CEO and President Stephan Winkelmann himself was spotted driving an Aston Martin DBX, right behind a Lamborghini Urus. Rising the suspicion of Lamborghini testing the Ferrari SF90 Stradale is the fact that the Italian supercar has been spotted with a provisional licence plate that is typically seen on Italian cars undergoing testing.

Lamborghini is currently working on its next model, which is claimed to be the replacement of the mighty Aventador. The Italian supercar marquee has already confirmed that it will be electrifying its entire product line by introducing a hybrid powertrain in near future. The carmaker plans to introduce hybrid powertrains to all its three products by 2024 before finally launching an all-electric model around 2028. Clearly, it is going to be a new era for the iconic supercar brand.