This is not a random pick. The list of 10 cars are based on the importance of the model for the Indian market vis-a-vis their manufacturers. From the most affordable EV to the most fuel-efficient car, the list includes the key launches ranging from Maruti Celerio to Mercedes S Class.
By : Sabyasachi Dasgupta
| Updated on: 27 Dec 2021, 12:55 PM 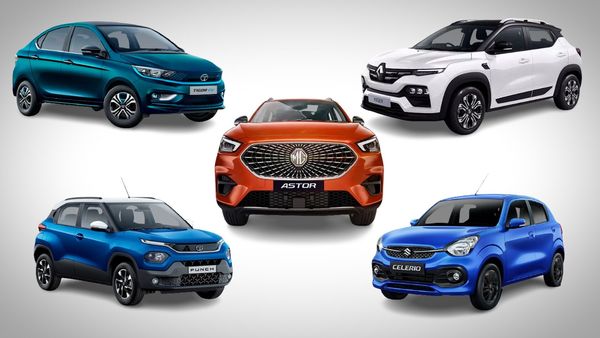 The second pandemic year has been marginally better than 2020 for carmakers as business resumed with the promise to hit pre-Covid levels. Although global chip crisis still continues to loom large on manufacturers, there were several notable launches that took place in 2021.

We pick 10 such cars launched last year which are significant in their own way and are important steps for their respective carmakers.

After a bit of lull, Maruti returned to offer new cars in the market as late as the festive season this year. 2021 Celerio made it to the headlines not because of that tough. The new generation Celerio, which now looks and drives differently than ever before, has been certified as India's most fuel-efficient petrol car. With a mileage of 26.68 kmpl, it is a boon for Indian customers grappling with petrol prices which has seen an unprecedented rise in the last 12 months. In fact, Maruti's dominance in the Indian market is evident from the fact that out of the top 10 most fuel-efficient petrol cars on sale in India, Maruti has as many as 8 from its stable.

One of the reasons considered to be a hurdle towards mass adoption of electric cars in India has been the price of EVs. Tata Motors, which is currently India's largest EV maker with EV sales comprising more than half of all EVs sold in the country, it was only appropriate for the carmaker to take the lead. Tata Tigor EV, launched at a starting price of ₹11.99 lakh (ex showroom), is now officially India's most affordable electric car on sale.

Sub-compact SUV segment in India is currently the most crowded and fiercely competitive after the hatchback segment. Almost every carmaker has at least one model in the sub-compact SUV space to claim their share of the pie. One of the latest entrant in the segment was Renault with their Kiger SUV. The 2021 Kiger SUV was launched at a starting price of ₹5.45 lakh (ex-showroom) making it the most affordable one in the category. Even after hikes, Kiger price currently starts at ₹5.64 lakh (ex-showroom) and is still more affordable than some of the premium hatchbacks on sale in the country.

Hyundai Motor, India's second largest carmaker was mostly known for its hatchbacks and SUVs. More than 70 per cent of Hyundai's sales comes from these two categories. However, the Korean carmaker decided to venture into the three-row segment for the first time this year to capture what most carmakers considered as an empty space waiting to be exploited. 2021 Hyundai Alcazar, which promises to offer luxury and space with good drive dynamics, is aimed at customers looking to buy a utility car with SUV stance at a time when personal mobility saw a rise thanks to the Covid-19 pandemic.

Around the festive season this year, Tata Motors launched the Punch SUV. While most consider it to be a sub-compact SUV, Punch is more of a micro SUV and has opened up a new category which will see more cars in the future. It is a compact SUV with offroading capability to cater to young customers who look for one car to carry out daily city commutes and the occasional adventures into the wild. Priced at ₹5.48 lakh (ex-showroom), Punch will soon have its first rival in Citroen C3 which is expected to be launched next year.

Artificial Intelligence promises to be the next turf where carmakers are likely to battle out their supremacy in the Indian market. It is an aspect of carmaking which is already a trend globally. MG Motor decided to increase its stake with the introduction of the 2021 Astor SUV, loaded with such features. Astor is the country's first AI-powered vehicle and has a mile-long list of driver-assist and safety features. Among other carmakers, Mahindra introduced the XUV700 which is also loaded with similar features.

Luxury and Mercedes-Benz have always been synonymous. But 2021 S-Class has taken it to a different level. Considered as the best car of the world, Mercedes S -lass offers luxury in a package unseen previously. Ranging from a home theatre like setup, fully reclinable backseats, massage functionalities, hundreds of LED light colours dancing to the tunes played through 31-speaker 3D Burmester sound system - the new S-Class offers a first-class cabin experience at a relatively affordable price of just ₹1.57 crore )ex-showroom).

Hyundai i20 N Line: A taste of fast car in old package

Bored with the regular premium hacthbacks? How about spicing up life a little with hot hatchbacks? Inspired from its racing car DNA, Hyundai's N Line series models made India debut with the i20 N Line. At a starting price of ₹9.84 lakh (ex-showroom), Hyundai has ventured into a segment which never really took off in India. With a few tweaks, the regular i20 is now sportier than ever before and could be the right choice for customers looking for a sporty daily drive even through city traffic for that extra adrenaline rush.

Out of the nine cars Audi launched in India this year, five of them have been electric cars. It only shows how serious are the Germans with their EV plans for the country. Audi has drove in the entire family of its e-tron models currently available across the world for its Indian customers. The last two models - e-Tron GT and RS e-tron GT - offer a sportier drive and are considered among the fastest offering from the Germans.

Last but not the least is the entry of a new carmaker in India. Citroen, one of leading French carmakers, made its debut in India with its C5 Aircross SUV. Citroen has bigger plans for India with more launches lined up for future. Most significant of these is the C3 SUV. Expected to launch some time next year, the Citroen C3 SUV will be one of the most affordable offering from the French to attract more customers in the country.