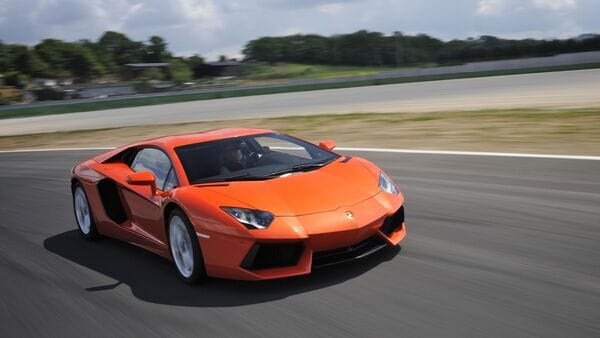 Volkswagen group has suffered a major blow when a ship containing several vehicles from different brands of the automobile group caught fire destroying those vehicles and this might result in Lamborghini Aventador reentering production, hinted Andrea Baldi, head of Lamborghini US. The hip named Felicity Ace was carrying as many as 4,000 vehicles from the Volkswagen group. The cars were from brands like Volkswagen, Lamborghini, Audi and Porsche.

As Baldi said, the extent of damage is not known and one of the biggest concerns for the company is regarding the Aventadors on the ship. The Lamborghini Aventador has been completely sold out and it was set to be phased out of production. The supercar was slated to be replaced by a completely new model. However, with the Lamborghini Aventadors on the ship damaged or destroyed, the auto company would have to go back to its suppliers to see if the lost cars can be rebuilt.

Baldi said to Automotive News that as the car is sold out, there is always a possibility out of 563 units that some cancellation can allow an Aventador replacement. The company hopes that at least a few Aventadors on the ship would remain safe.

The situation for Lamborghini is similar to what Porsche faced back in 2019 with the 911 GT2 RS after a cargo ship named Grande America sank off the coast of France, which was carrying the specific Porsche model. The German luxury high-performance car band decided to make four extra examples of the car for its customers in Brazil whose cars were lost at the sea. However, it could be difficult for Lamborghini to replicate that, as the Aventador is a standalone vehicle, while the 911 GT2 RS shared a host of components with Porsche 911.

The report claims that the delay in making the Lamborghini Aventador could lead to up to six months. “We don’t know yet the final outcome. We also are waiting for official information for the time being," Baldi said. The automaker has already informed its dealers and they have informed the affected customers about the possible delay.

As of now, the company just wants a solid accounting of the damage caused by the ship fire. The automaker estimates a loss of around $335 million, but that could climb once the contents of the Felicity Ace are capable of being inspected after being towed to port.