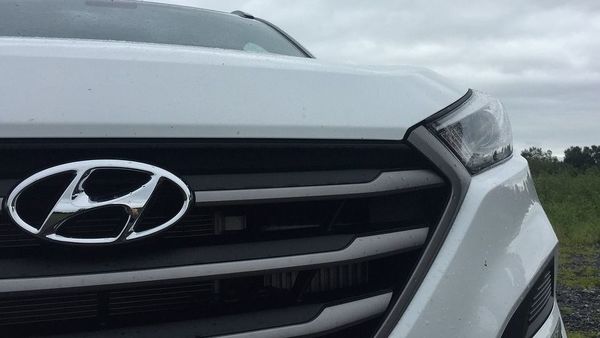 South Korean auto major Hyundai is preparing to have a crack again at the premium SUV segment in India dominated by Toyota's Fortuner as part of plans to strengthen overall leadership in the segment, according to a top company official.

The company, which on Monday launched the all-new version of its popular SUV Creta with price between ₹9.9-17.2 lakh, is also planning to bring "multi-seater high occupancy vehicle" to play in multi-purpose vehicle (MPV) segment currently dominated by the likes of Toyota's Innova Crysta, Maruti Suzuki's Ertiga and Kia's new entrant Carnival.

"We are very cautiously studying the feasibility of having something in that segment. In the past we tried to enter into that segment many times but were not successful due to various reasons," Hyundai Motor India Ltd (HMIL) Managing Director and CEO S S Kim told PTI.

(Also read: Why are OEMs rushing to bring in MPVs in India?)

He was responding to a query on whether the company has given up the premium segment of SUV where it used to sell SantaFe model and competed with the likes of Toyota Fortuner and Ford Endeavour.

"We are studying and reviewing the segment and demand, customer response and their preference. If we come up with some solution we might be much more concrete in the matter but right now we are only studying," Kim said.

Commenting on the company's resolve to maintain leadership in the SUV segment, he said with four SUVs -- Creta, Venue, Kona and Tucson -- HMIL was able to become the market leader in the second half of last year at a time when the previous generation Creta was on the decline and the Venue was newly introduced.

(Also read: Top 5 features that 2020 Hyundai Creta has but Kia Seltos does not)

"Now, we definitely want to maintain this leadership," he said adding SUVs contribute 33 per cent to HMIL's total sales, while in 2019 the SUV segment contributed 25 per cent of industry passenger vehicle sales.

According to SIAM, in the April-February period this fiscal, utility vehicle sales stood at 8,94,441 units as compared to 8,48,268 units in the year-ago period, a growth of 5.44 per cent.

Exuding confidence on the new Creta to withstand competition from new challengers like Kia Seltos and MG Motor Hector, Kim said the model has a strong brand equity in the Indian market having sold over 5 lakh units.

"I would say that our new Creta will be quite superior in terms of features and performance of vehicle. We are quite sure that it will be welcomed by the customer and successful in terms of customer and dealer response," he said adding HMIL has already received over 14,000 bookings in just over a week of opening without its full priced being disclosed.

HMIL along with its vendors had invested close to ₹1,500 crore in the development of the second generation Creta.

When asked for details, Kim said,"We are considering both the options. We will be introducing some product in the near future but not this year."