Ford India has been a formidable player in the segment and launched the 2020 Endeavour with a BS 6-compatible engine that promises better fuel efficiency, lower emissions and better NVH levels.
By : Shubhodeep Chakravarty
| Updated on: 26 Feb 2020, 09:59 AM 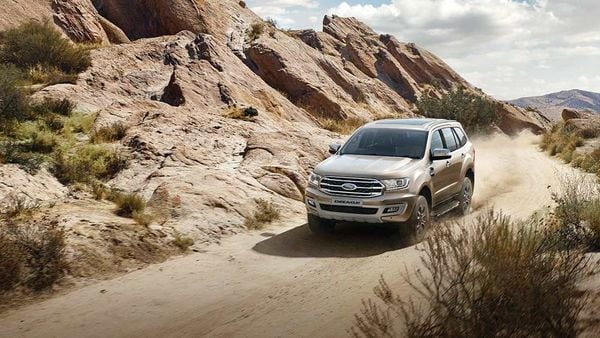 With SUVs of all shapes and sizes in the Indian automotive market, the clear preference of most buyers for this form factor has been well established over the course of the past several years. Calling the real shots though has been a right of sorts for full-size SUVs like the Endeavour from Ford and Toyota Fortuner. Mahindra also joined the fray with the Alturas G4 when it was launched back in November of 2018. And with newer players also eyeing the segment, competition is only expected to hot up even more.

Ford India has been a formidable player in the segment and launched the 2020 Endeavour with a BS 6-compatible engine that promises better fuel efficiency, lower emissions and better NVH levels. And while the Fortuner from Toyota has mostly always been the segment leader, the Endeavour now is looking at closing the gap. It also gets the world's first 10-speed automatic transmission setup which seeks to assure a smoother acceleration response.

The biggest trump card that Ford may have up its sleeves, however, is the pricing. At a starting price of ₹29.55 lakh (ex showroom), the American car maker has opted to launch the new Endeavour with introductory prices for bookings made till April 30. From March 1, the company says the car will cost ₹70,000 more.

So while the Titanium 4X2 AT comes at ₹29.55 lakh, the Titanium+ 4X2 AT and Titanium+ 4X4 AT come at ₹31.55 lakh and ₹33.25 lakh, respectively. These prices are introductory, ex showroom and not just cheaper than the outgoing model but around ₹2 lakh less than corresponding diesel variants of Toyota Fortuner.

It is generally agreed that car buyers in this segment are not solely motivated by price considerations but the pricing structure of the new Endeavour might still act as a lucrative reason to get footfall in showrooms. The SUV has always had tremendous capabilities - on and off the road, and although the 3.2L TDCi diesel engine has been discontinued, it promises a lot more. The 2020 version with the new EcoBlue diesel engine belts out 170 PS of power and has 420 Nm of peak torque. It also gets FordPass connected car technology and a whole lot more to make it a worthy package of mounting a challenge to the equally capable Fortuner.