The Toyota Innova has turned 15 years old in the Indian market and the Innova Crysta Leadership Edition is an ode to the journey.The Innova Crysta faces some degree of pressure with the launch of Kia's luxury MPV - Carnival.
By : Prashant Singh
| Updated on: 05 Mar 2020, 11:23 AM 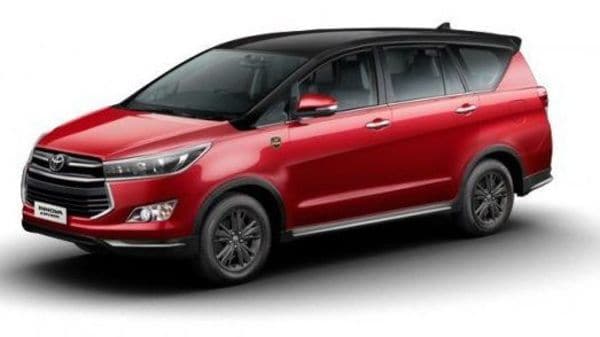 (Also read: The surge of MPVs across price brackets in Indian market)

The Toyota Innova has turned 15 years old in the Indian market and the Innova Crysta Leadership Edition commemorates the same. Toyota Kirsolkar Motor announced in January that it has sold 9,00,000 units of the Innova in India ever since the introduction of the MPV back in 2005. Out of these 9,00,000 units, about 2,70,000 units were garnered by the Innova Crysta which was introduced back in May 2016.

Apart from the dual-tone paint scheme, the Leadership Edition variant also gets a badge over the front fenders delineating Innova's 15 years of segment leadership. The badge can also be found inside the cabin over the seat covers. In addition to this, the special edition model also gets garnish on the front main grille, blacked-out alloys, molding on the front lip, rear spoiler and side skirts. It is based on the Innova Crysta's VX trim (standard variant) and thus gets the same equipment along with 360-degree camera and auto-folding ORVMs. For the record, it costs ₹62,000 more than the variant/trim it is based on.

As for the mechanics, the Innova Crysta Leadership Edition runs on a 2GD-FTV 2.4-litre engine. This turbo-charged 4-cylinder unit is known to produce 150 PS of max power at 3,400 rpm and 343 Nm of peak torque at 1,400-2,800 rpm. The engine comes teamed-up with a 5-speed manual transmission.

Toyota is also gearing up for the launch of the Innova Crysta CNG. The road-testing of this bi-fuel model has already commenced.

The Innova Crysta may be under some pressure from the Carnival MPV by Kia Motors. The Carnival has managed to gain decent traction since it was officially launched at Auto Expo 2020.