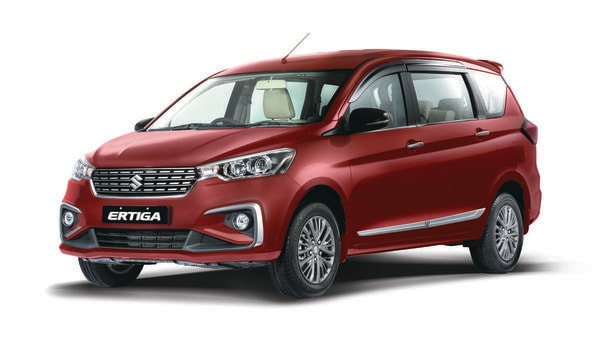 Maruti Suzuki on Friday announced that its popular Ertiga in CNG version is now compliant with BS 6-emission norms. The development makes it the country's first MPV (Multi-Purpose Vehicle) to offer CNG which meets the upcoming norms which kick in across India from April 1.

The launch of Ertiga S-CNG, priced at ₹8.95 lakh (ex showroom), is in accordance with the Indian government's vision of reducing oil imports and giving impetus to natural gas as a viable source of mobility fuel. Equipped with dual interdependent ECUs (Electronic Control Units) and intelligent injection system, the car claims to offer a mileage of 26.08 kilometers per kilogram of CNG. "Ertiga has been a market leader amongst MPVs, and the introduction of BS6 S-CNG will further help augment its leadership in the segment," said Shashank Srivastava, Executive Director (Marketing & Sales), Maruti Suzuki India Limited. "Being the first Company to introduce factory-fitted CNG cars in the country, today we proudly own the largest portfolio of green vehicles."

The option of BS 6-compliant CNG, is another feather in the cap of India's largest automaker which has sold over 5 lakh units of Ertiga since it was first launched here back in April of 2012. The car, at that point in time, had no direct rival and managed to find many takers, especially those with large families. The car received minor cosmetic changes in 2015 and a facelift in 2019. In its most-recent version, it offered even more space and comfort.

The Ertiga's conventional petrol version is already BS 6 compliant. Maruti, in fact, began switching to BS 6-compliant engines in most of its cars from early 2019. At the ongoing Auto Expo 2020, the company showcased the Vitara Brezza 2020 which gets a petrol engine four years after it was first launched in an all-diesel avatar. Maruti also unveiled the all-new Ignis at the Auto Expo on Friday and underlined its commitment towards clean and green mobility. While it has showcased its Concept Futuro-e at the same event, there are reports which suggest the company would turn its attention to full electric production cars with WagonR possibly being first off the block from the family.