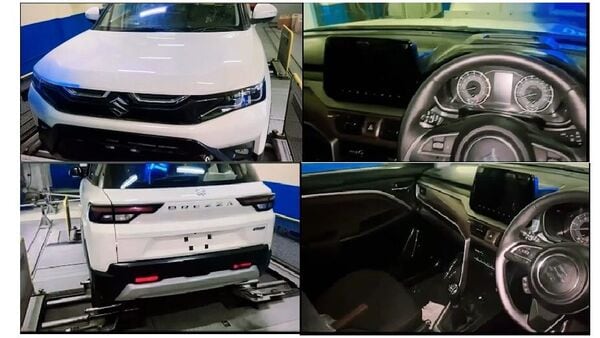 Maruti says the HUD screen added on the Brezza will display vital information to the user and will amp up the safety quotient.

Maruti Suzuki Brezza is bound to receive a new and significant update soon with the 2022 model year change. While previously the company confirmed the sunroof feature, which is the first for Maruti, India's largest automaker has now announced that its upcoming sub-compact SUV will be seen with a Head-Up Display (HUD) safety feature. Previously, the same feature was seen on the new-gen Baleno which went on sale in India earlier this year. The new Brezza will come out to be the second car in the company's lineup to have this safety feature.

The company says that the HUD screen added on the Brezza will display vital information to the user and will amp up the safety quotient. “This feature will allow customers to drive without having to take their eyes off the road by conveniently displaying vital information like speed, RPM, fuel economy, energy flow, among other pertinent notifications," the company mentioned in a recently shared press release.

Maruti announced the pre-launch bookings for Brezza which is set to go on sale in India on June 30th. The car can be pre-booked for a token amount of ₹11,000, at the authorised company dealerships as well as online on the company's official website.

Launched in 2016, the Brezza has emerged as one of the strongest selling sub-compact SUVs in the Indian market. In the latest avatar, it will chuck the ‘Vitara’ prefix and will be called only Brezza. It will come refreshed with new exterior looks as well as features. Key cabin highlights will include an updated nine-inch main infotainment screen, wireless charging, 360-degree camera, HUD, ambient lighting, and ventilated front seats.

In the latest 2022 avatar, it will renew its rivalry in the sub-compact SUV segment with the likes of Hyundai Venue, Kia Sonet, Tata Nexon, Mahindra XUV300 and even Nissan Magnite and Renault Kiger.