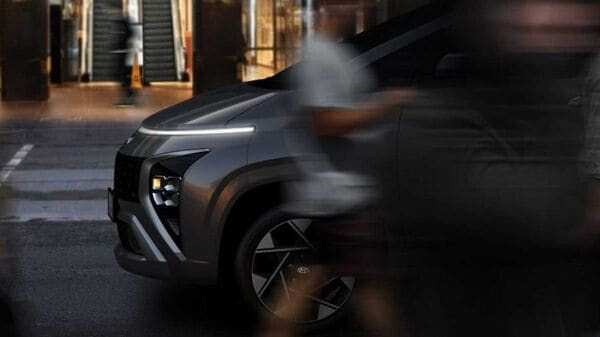 Hyundai Stargazer in India is expected to launch sometime later this year.

Hyundai has released its upcoming MPV Stargazer in its production form. The Maruti Suzuki Ertiga rivalling MPV is claimed to target the South East Asian market and comes as a spiritual successor to the Hyundai Trajet and looks premium. The teaser image indicates the MPV comes drawing influence from the Hyundai Staria.

Speaking about the styling of the MPV, it gets a full-width LED bar similar to the Staria. Other design elements include solid headlamps and a large front grille that covers the majority of the bumper. Moving to the rear, the sleek taillights get LED treatment and are connected by a wide and slim LED bar positioned under the rear windscreen. The tailgate also bears the Stargazer lettering. The stylish alloy wheel design too is visible. 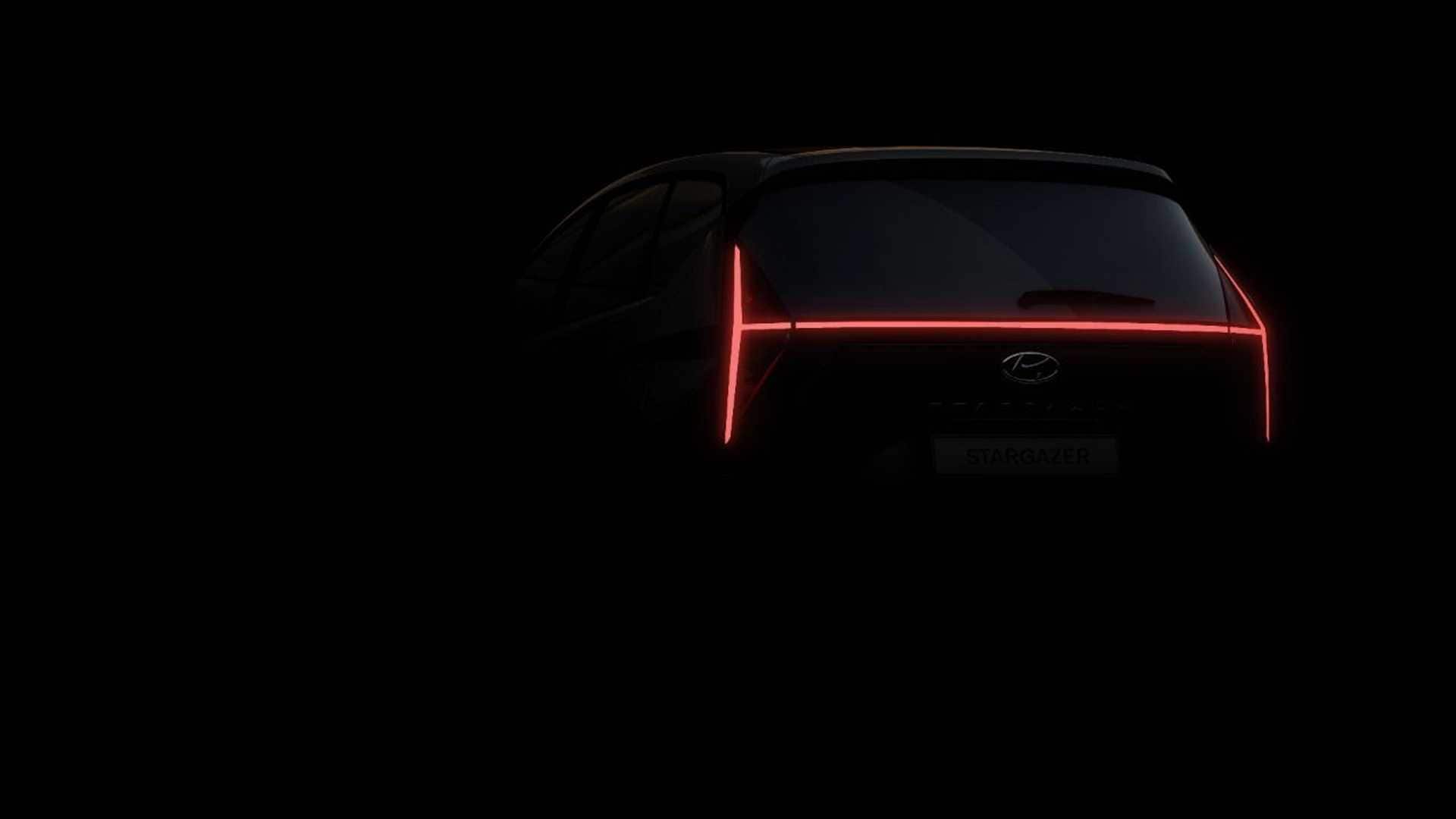 Hyundai Stargazer gets a sleek LED bar at the centre of the tailgate connecting the taillights.

While the front and rear profile of the Hyundai Stargazer has been revealed partially through the teaser images, the side profile or interior of the premium MPV remains a mystery. Expect this MPV to come measuring around 4,500 mm in length and a three-row seating arrangement inside the cabin. It could come in six or seven-seater options.

The Hyundai Stargazer could come based on the same platform that underpins the Kia Carens, which was already introduced to the Indian market late last year. This would mean the upcoming Hyundai Stargazer to come powered by 1.5-litre petrol or diesel engines available in Hyundai's portfolio. Transmission options would include both manual and automatic units.

Hyundai is expected to unveil the Stargazer MPV officially sometime in July. The car is likely to be produced in Indonesia, where the automaker also manufactures Creta, Santa Fe and Ioniq 5. The car will be launched in the Indonesian market for the first time and later it would come to India. However, the automaker is yet to reveal any detail about the Hyundai Stargazer's India entry.