2020 Honda WR-V facelift to launch tomorrow: Here's what to expect 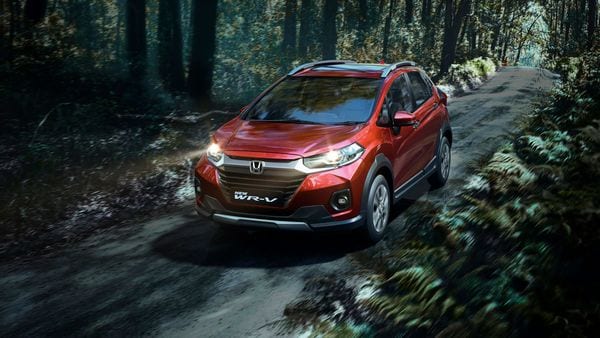 Honda will finally launch the much-awaited WR-V facelift in the Indian market tomorrow (July 2). It was officially teased recently and was also spotted at a dealership a few weeks back. Following the WR-V, Honda will also launch the new-gen City later this month.

The Honda WR-V originally entered the Indian market in March 2017. Soon after the launch, it became an instant hit among the Honda buyers. A few times, it even overtook the Honda City to become the high-selling Honda car in the Indian market. Now, it will finally receive a mid-cycle makeover which will keep it fresh and relevant among the competition for the days to come.

On the outside, the WR-V facelift will receive a heavily updated front fascia featuring a new and larger grille with horizontal slats as well as Honda's signature chrome slat at the upper side. The grille will be flanked by a pair of new headlamps with LED projector units and LED daytime running lamps. It will also get remastered bumpers featuring new fog lamps housing, underbody cladding and a new faux silver skid plate.

Over the sides, the car will also employ new alloy wheels. Over the rear, it will get new smoked LED tail lamps and C-shaped LED guide lights. The overall profile of the car will remain unchanged.

Inside the cabin, the changes may be relatively lighter. Expect the car to get a new touchscreen infotainment system featuring Apple CarPlay and Android Auto connectivity. It may also get a new seat upholstery. The new WR-V will also receive cruise control with a steering-mounted button, among other features such as automatic climate control, and rear AC vents. Apart from this, the new WR-V will continue to offer electric sunroof, as seen on the previous model.

Under the hood, the car will continue to feature both petrol as well as diesel engine options. There will be a 1.2-litre i-VTEC petrol engine that delivers 89 PS and 110 Nm. Apart from that, there will also be a 1.5-litre four-cylinder i-DTEC engine which delivers 99 PS and 200 Nm of peak torque.