Yezdi Adventure vs Scrambler vs Roadster: Price and specification comparison 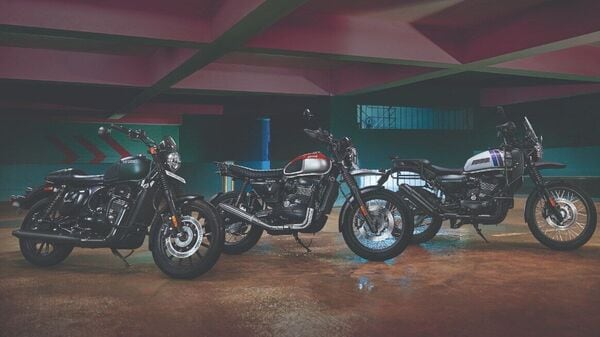 In the first major event in the Indian motorcycle industry on Thursday, Yezdi has made a comeback to the Indian two-wheeler landscape after 26 years. The iconic Czech motorcycle brand under the Mahindra Group-owned Classic Legends' umbrella, has launched three different models - Adventure, Scrambler and Roadster.

All three Yezdi motorcycles come targeting a different set of buyers and they carry signature retro styling blended with modern design elements and new technologies. This comes as the third brand revived by Classic Legends after it brought back the Jawa and BSA to the Indian market.

The newly launched Yezdi bikes are expected to increase the excitement in the Indian premium two-wheeler motorcycle market. Also, they will throw a tough challenge to rivals such as Royal Enfield, Honda, KTM etc.

Here is a comparison of all these three Yezdi motorcycles based on their pricing and specifications.

Yezdi Adventure vs Scrambler vs Roadster: Engine and specification

Yezdi Adventure vs Scrambler vs Roadster: Brake and suspension

Yezdi Scrambler weighs 182 kg and it runs on 19-inch front and 17-inch rear wheels. The Yezdi Scrambler gets front and rear disc brakes. For suspension duty, it gets USD front forks and gas-charged rear shock absorbers.

The third model from the brand, Yezdi Roadster weighs 184 kg and it runs on 18-inch front and 17-inch rear wheels wrapped with tubeless tyres. The motorcycle gets disc brakes on both wheels. For suspension setup, it gets telescopic front forks and gas-charged twin rear shock absorbers with preload adjustment.