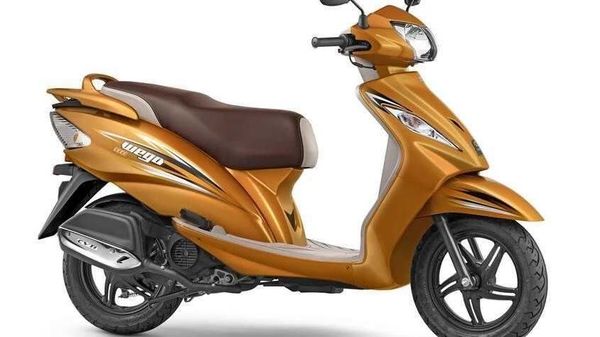 While most of the TVS models have made the cut during the BS 4 to BS 6 transition, the company has decided to pull the plugs on its Wego 110 cc scooter for the Indian market.

However, the company will keep the Wego's production on and the scooter will be exported to the select international markets in the BS 4 configuration.

The TVS Wego 110 was originally launched in India almost a decade back. Over the years, the scooter received a number of cosmetic and mechanicals tweaks to keep the buyers engaged. In 2017, it was updated to the BS 4 emission standards and it was sadly the last update ever that the scooter received.

Later in 2018, the scooter was spotted in a heavily camouflaged form and it was speculated that the scooter will receive a major update in 2019, but such wasn't the case.

It was offered in two variants - Standard and Dual Tone. While the Standard variant was given a price tag of ₹53,469*, the Dual Tone variant featured a maintenance-free battery and retailed at ₹54,369*.

With the TVS Wego scooter gone, the 110 cc scooter segment will be shrunken even further since auto makers such as Yamaha and Hero MotoCorp have also shifted focus to 125 cc scooter segments. Currently, there are only three major offerings in 110 cc class such as the Honda Activa 6G, TVS Jupiter and the Hero Pleasure Plus.