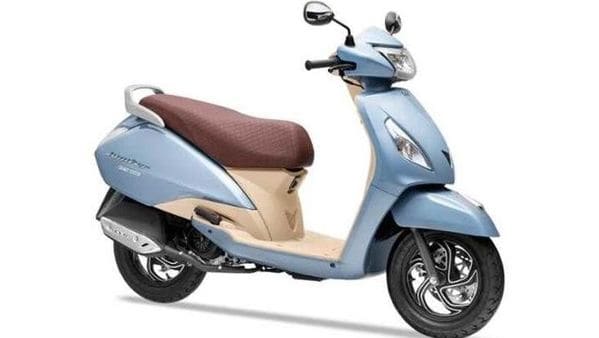 TVS Motor Company has temporarily discontinued the range-topping variant of the Jupiter series, the Jupiter Grande. The scooter has already been taken down from the company's official website line-up.

The Jupiter Grande is a relatively fresh product, it received its last update back in September 2019. Even though it might have been taken down from the website line-up, but in all likeliness it will return in the updated BS 6 avatar. Also, since the base Jupiter scooter has already received the required BS 6 update, there seems to be no reason for the Jupiter Grande to be kept off from retails for any longer than a month.

The Jupiter Grande is the only scooter in its segment to feature a Bluetooth-enabled instrument panel. In details, it gets the TVS SmartXConnect Bluetooth which can be paired with a smartphone. This enables features like call and text notifications, over speeding alert, helmet reminder and more. This was added with the last update of the scooter in 2019.

In comparison to the standard TVS Jupiter, the Jupiter Grande gets a slew of cosmetic tweaks for a more premium look. It boasts chrome highlights at the front fender, full-LED headlight, diamond-cut alloy wheels, maroon coloured seating for a classier look, and different styling on the rear-view mirrors.

Its equipment list will include optional front disc brake and rear drum brake. It will feature company’s Sync Brake System. The suspension duties will be performed by telescopic fork (front) and an adjustable spring (rear).

The Jupiter Classic was the first to receive the BS 6 update back in November 2019, followed by the Jupiter base model and Jupiter ZX variant which were introduced in January 2020. Expect the Jupiter Grande BS 6 to be launched soon after the nation-wide lock down is lifted post May 3.