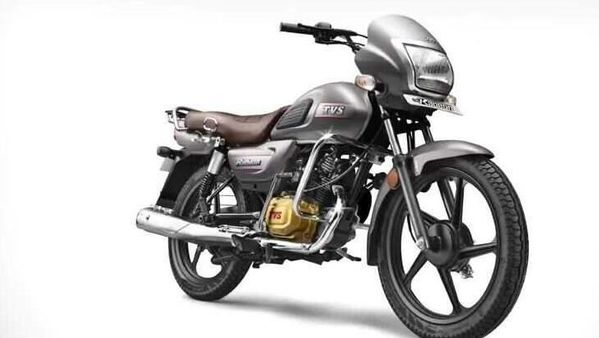 TVS Motor Company has launched the Radeon BS 6 motorcycle in India. With the BS 6 update, the bike is now more expensive up to ₹8,632.

In detail, the entry-level drum variant of the motorcycle now costs ₹58,992, on the other hand, the higher-placed special edition drum is priced at ₹61,992. The top of the line disc variant is now priced at ₹64,992.

Apart from the engine update, there is no other major change on the motorcycle. It still runs on the same 109.7cc, air-cooled engine. While the previous unit used a carburetor, the updated motorcycle now comes equipped with a fuel-injection system.

Its output rating stands at 8.08 PS and 8.7 Nm. In comparison to the previous BS 4 model, the output figures have slightly skidded down. On the other hand, the company claims that the engine is now 15% more fuel efficient than before. For the record, previous the bike was said to deliver 69.3 kmpl of fuel economy. The transmission option remains the same 4-speed gearbox.

Apart from the engine update, the bike has now grown heavier by 4 kg. The Drum variants now measure at 116 kg, while the disc variant now tips the scale at 118 kg. Other than these changes, it remains largely the same.

As far as paint options are concerned, the bike is made available in six paint schemes - white, black, beige, purple, red and grey. Moreover, there are special edition black and brown paint options as well. It is pitted against other commuter bikes such as the Hero Splendor iSmart 110 and TVS Star City Plus.