Triumph Trident will be one of the most affordable bikes from the iconic British motorcycle brand.Trident will be placed against rivals such as Kawasaki Z650, Honda CB650R and the Yamaha MT-07.India launch of the Triumph Trident is scheduled to take place in 2021.
By : Prashant Singh
| Updated on: 25 Aug 2020, 17:14 PM 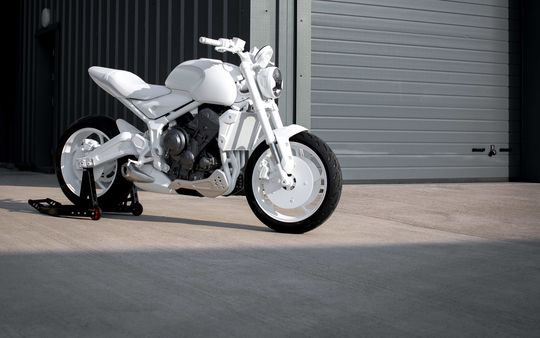 Triumph has been working on the revival of its iconic ‘Trident’ brand since last four years and it recently revealed a design prototype of the upcoming all-new 2021 Trident which marks the brand’s entry into the middleweight naked segment. It will be the first-in-class triple-cylinder bike and will set its sight on bikes such as Kawasaki Z650, Honda CB650R and the Yamaha MT-07.

Here's a first glimpse on the design prototype of the upcoming #Triumph Trident. Middleweight segment is about to get fired-up soon. More details on @HTAutotweets@OfficialTriumph@IndiaTriumph#Trident pic.twitter.com/GpMeliAm7E

2021 Trident is going to be one of the most affordable bikes in the company’s line-up which will arrive at Triumph UK dealerships in early-2021, followed by its launch elsewhere in the world. 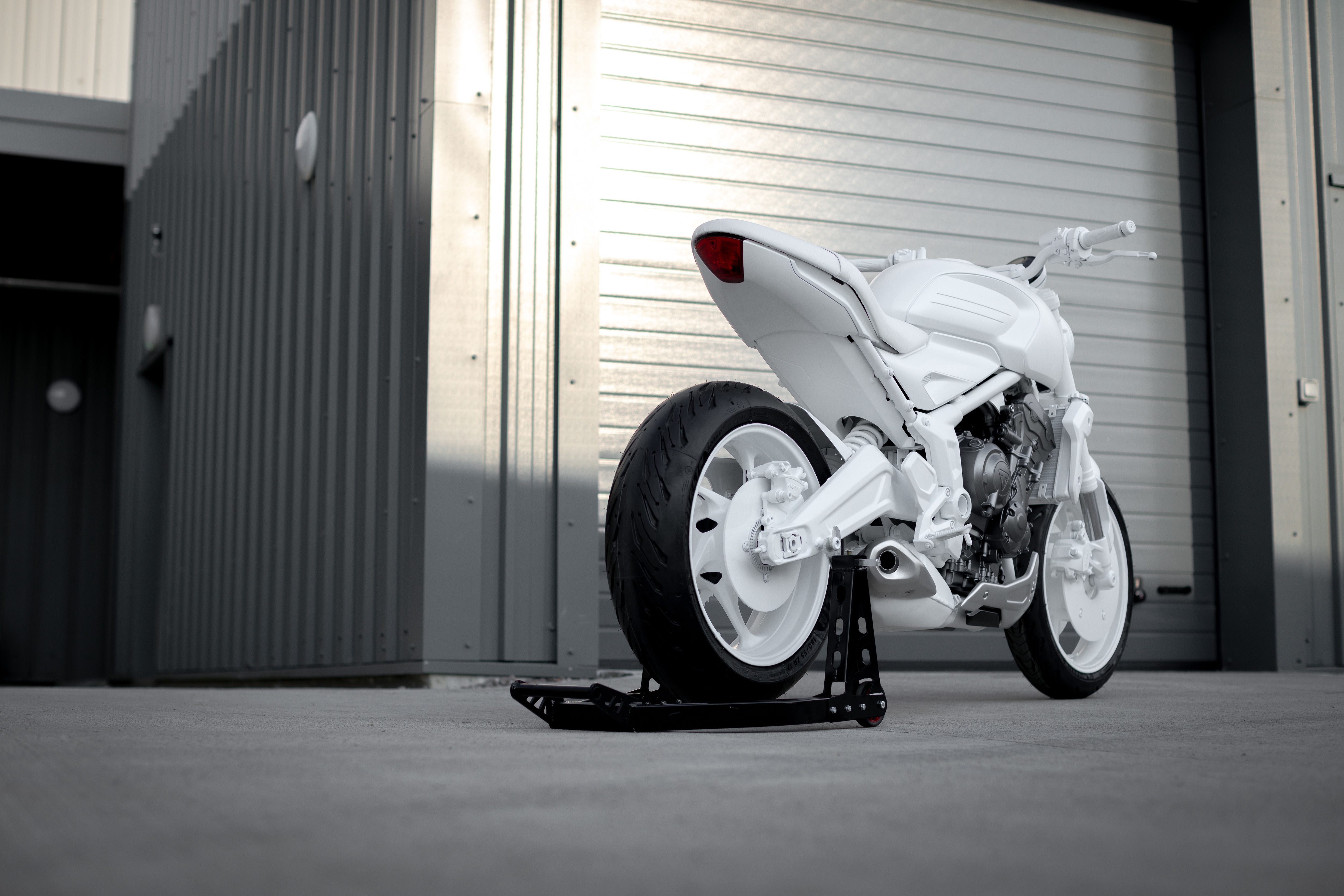 The company has remained tight-lipped about the detailed mechanical specifications of the bike which are scheduled to be revealed at a later stage, but Triumph has shown a design prototype which spawns out the production-spec 2021 Trident. It will be an all-new motorcycle from the ground up and Triumph’s first attempt in the neo-retro space.

As the design concept suggests, it will feature an old-school circular headlamp along with wide and extended handlebar lending it a proper roadster stance. The footpegs positioning will be mid-set and the rider triangle will be aim at an uncompromised, relaxed riding. It will sport ‘clean lines and uncluttered features that incorporate Triumph’s design DNA, with signature tank knee indents and key cues from the iconic Speed Triple’s muscular poise.’ 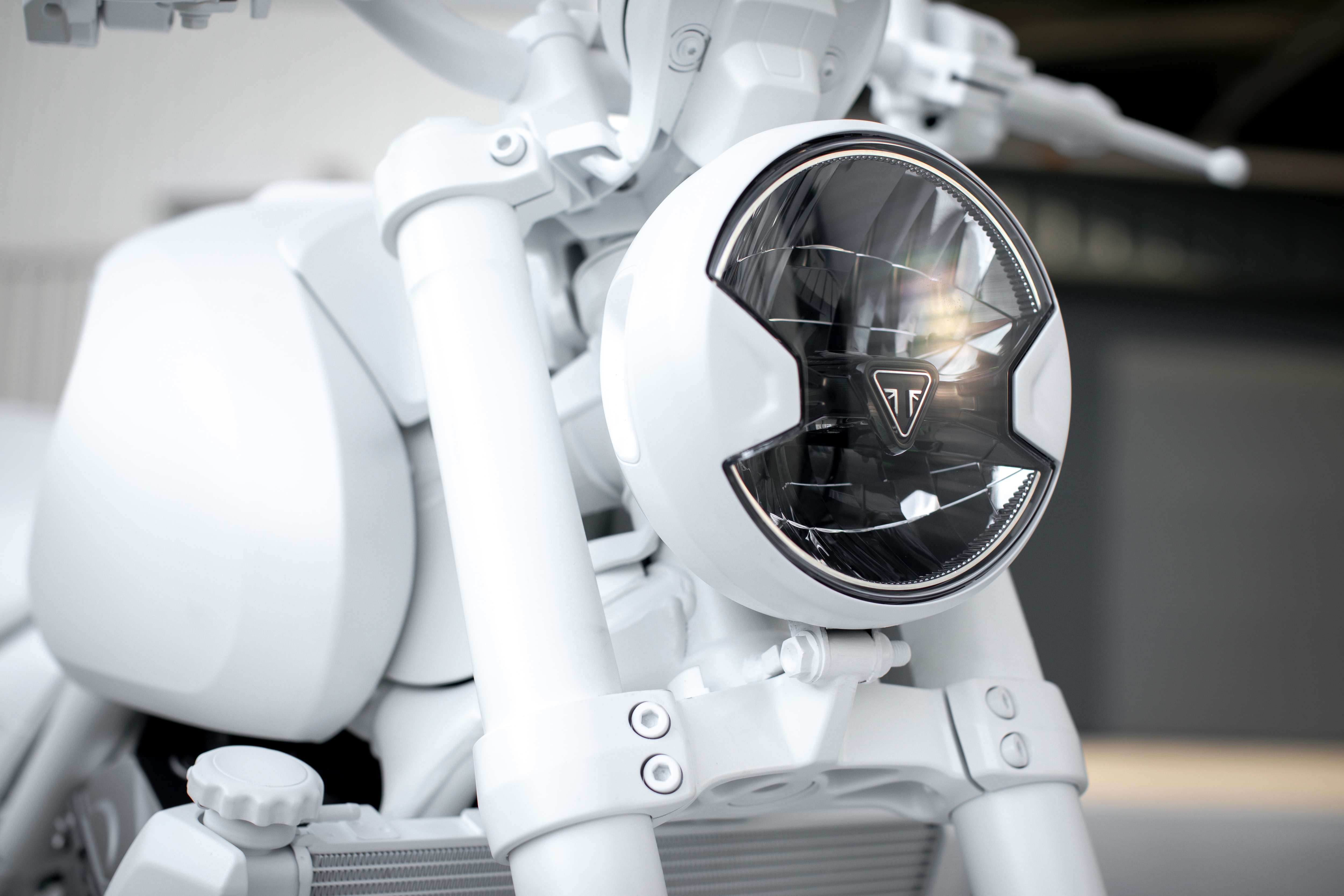 The Triumph Trident will feature an old-school circular headlamp along with wide and extended handlebar lending it a proper roadster stance.

At the heart of the 2021 Triumph Trident sits a triple-cylinder engine that’s designed to introduce all the advantages of a triple to the middleweight category. While the company is yet to reveal the tech-specs, it has been claimed that this powertrain will have the ‘perfect balance of low down torque and top end power.’

The Trident will be built around an all-new chassis tuned for a balanced ride. Also claimed is the best-in-class technology which will be the key USP of Trident. Highlighting the new chapter for the company, Steve Sargent, the Chief Product Officer at Triumph Motorcycles said, "The Trident design prototype marks the beginning of an exciting new chapter for Triumph, where the brief was all about fun, from the look to the ride. Ultimately our aim was to bring a new take on character and style, alongside the accessible easy handling and quality Triumph is known for – at a price that’s really competitive."