Trident 'likely to be most affordable bike' in Triumph India garage

Triumph Motorcycles hopes to appeal to a larger set of audience with Trident and compete with rivals which include Kawasaki Z650.Trident will arrive in India by March next year.
By : Prashant Singh
| Updated on: 16 Sep 2020, 22:53 PM 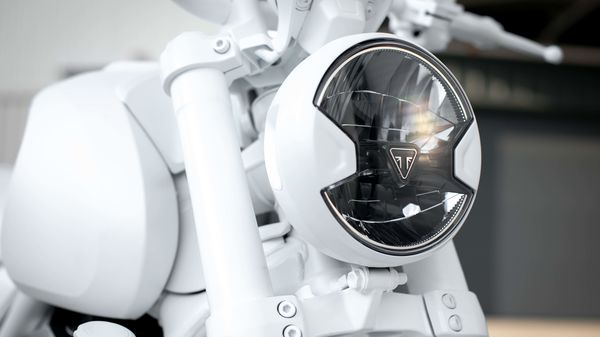 Triumph Trident will feature an old-school circular headlamp along with wide and extended handlebar lending it a proper roadster stance.

Triumph Motorcycles revealed the new Trident design concept in August. This concept is going to spawn out the mid-capacity triple-cylinder Trident streetfighter and will hold huge significance for Triumph, especially in a market like India with growing affinity towards premium motorcycles.

The Trident will 'most likely' be placed as the entry-level product in the company's portfolio which will help Triumph to appeal to a larger set of audience and compete with rivals including the Kawasaki Z650. "We are looking at placing this motorcycle as the lowest priced product in our range," Shoeb Farooq, Business Head for Triumph Motorcycles India, told HT Auto. "Right now at around 7.45 lakh is where the Street Twin starts, so somewhere over there or slightly lower is what we are thinking about it. But specifically in terms of pricing we will have a better clarity by October or November. But we will be aggressive and give it a good entry price point."

(Also Read: Triumph rides in Rocket 3 GT at ₹18.40 lakh, its most expensive bike in India)

Farooq also indicated that the motorcycle is expected to head towards the Indian market sometime in early 2021. "We are pushing it really hard because it is a very important product for us. I expect that we should have it by February/March," he said.

The 2021 Trident will be built around an all-new chassis tuned for a balanced ride. Also claimed is the best-in-class technology which will be the key USP of Trident. It will feature a triple-cylinder engine that will introduce advantages of a triple motor to the middleweight category. While the British bike maker is yet to announce the tech-specs, it claims that this powertrain will have the ‘perfect balance of low down torque and top end power.’