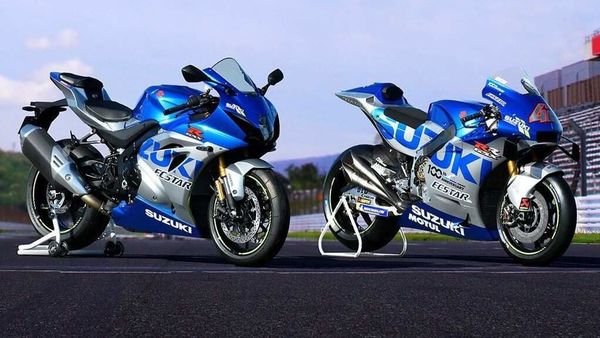 The new paint scheme gets an alluring blue and silver colour combination duplicated from the Suzuki's MotoGP race bike. It also gets a red coloured brand logo on the fuel tank. In comparison to the regular paint options available, this MotoGP inspired livery looks very classy.

The GSX-R1000R MotoGP edition commemorates Suzuki’s 100th anniversary that was on March 15th, 2020. Apart from the new Blue/Silver paint scheme there are no other changes on the motorcycle.

Some of its key features and rider assist aids include ABS, traction control, riding modes, and IMU (Inertial Measurement Unit).

Suzuki Motorcycle India has already taken down the GSX-R1000R due to the absence of BS 6 update. Besides this, a number of other big bikes have also been omitted from the list. (Know full details here)