Suzuki superbikes taken down from official Indian website. Here's why 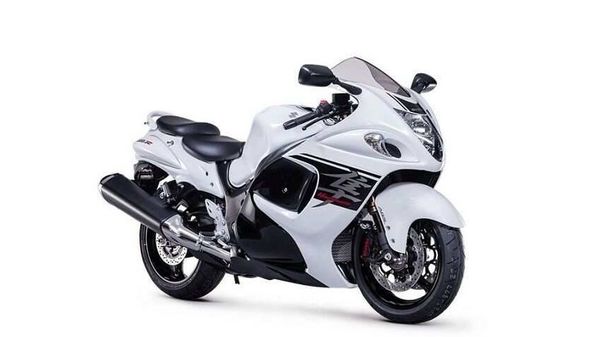 Suzuki Motorcycle India has recently taken down majority of its big-capacity superbikes from the official website due to unavailability of the BS 6 update. Motorcycles such as V-Strom 1000, GSX-S750, GSX-R1000, GSX-S1000, and GSX-S1000F, have all gone missing from the site.

The list also includes the legendary Hayabusa GSX-1300R, but it was already reported for discontinuation back in March. The discontinued Busa will be taken over by a new-generation model which is rumored for arrival in 2021. The company has also filed a patent for the same.

All the mentioned big-capacity motorcycles came with BS 4 compliant engines and hence couldn't remain on-sale since April 1st. Simultaneously, the nation-wide lockdown has also tied Suzuki's hands since it can't plan updates until normal operations are back on-track.

The BS 6 models are equivalent to Euro5 versions for the international-spec motorcycles. And surprisingly, a majority of the Suzuki superbikes are yet not available with the Euro5 compliance which will come into action (internationally) from January 2021. On the top of it, the current Covid-19 pandemic has also slowed down the operations which will further delay the arrival of updated models.

Out of all, Suzuki V-Strom 650XT is going to be the first premium bike from the company to receive the BS 6 update. The same was also teased for India launch a few days back.

The bike was also among the select BS 6 compliant models which were showcased at the Auto Expo 2020. Apart from an updated engine and new set of graphics, the motorcycle will not feature any other major update. Its previous BS 4 compliant version came equipped with a 645 cc liquid-cooled DOHC engine comprising 90-degree V-Twin configuration. The engine churned out 70 PS of power at 8,800 rpm and 62 Nm of torque at 6,500 rpm. Expect the updated BS 6 unit to churn out similar output figures and use the same 6-speed transmission.

This might be followed by the Suzuki V-Strom 1000 which has already received the Euro5-compliant (BS 6) successor in form of the V-Strom 1050.