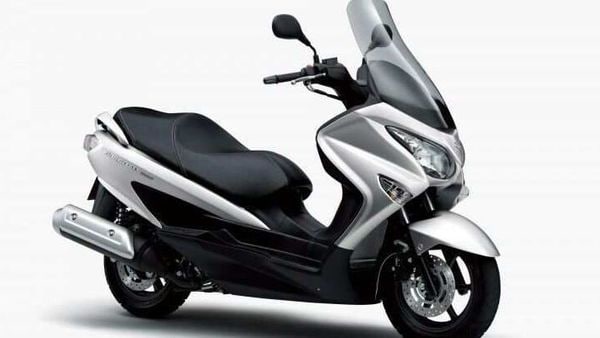 The new Suzuki Burgman 200 has been launched in the Japanese market. As a part of the yearly update, the scooter has received new paint scheme options, while the pricing has remained the same.

The scooter now gets two new colour options in the form of Titan Black and Matte Platinum Silver Metallic paint schemes. Moreover, Brilliant White colour option has also been carried forward from the MY 2019 model. The previously found Matte Fibroin Grey Metallic and Matte Black Metallic has been discontinued. Apart from the introduction of two new paint schemes there is no other addition in the scooter.

The Suzuki Burgman 200 looks quite enticing. It flaunts dual headlight setup which is capped by a large-sized windscreen upfront. The scooter has been designed to provide utmost comfort and back support with its nicely laid-out seat and angled foot board which resemble sitting stance of a cruiser motorcycle.

It features an under-seat storage of 41-litres, while at the front it comes kitted with a mini storage space which also houses a 12V DC socket.

The scooter sources its power from a 199 cc single-cylinder engine which features fuel-injection. This engine is capable of churning out 18 PS of maximum power and 16 Nm of peak torque. The engine comes mated to a V-belt continuously variable transmission. It is rated to return a maximum fuel efficiency of 36 kmpl.