Royal Enfield will come up with its much anticipated Scram 411 motorcycle soon. Apart from that, Bajaj Auto may also launch new KTM bikes in March.
By : HT Auto Desk
| Updated on: 05 Mar 2022, 01:25 PM 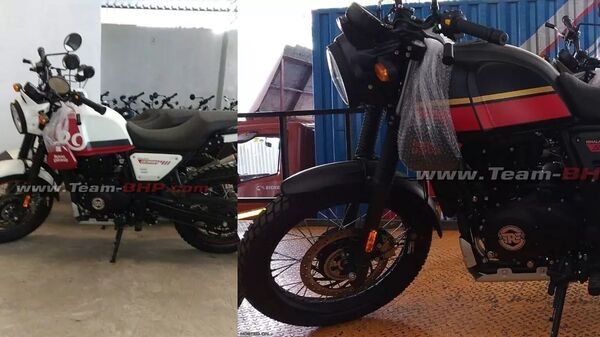 A number of major two-wheeler makers such as Royal Enfield and KTM have assigned some key launches for the month of March'22. Here's a quick list of everything you can expect to go on sale in India next this month.

Scram 411: Royal Enfield will announce the launch of the new Scram 411 motorcycle in the country soon. The bike is slated to go on sale in the third week of March. It will come out to be a derivation of the much popular Himlayan ADV and will also retail as a more affordable alternative to the Himalayan. Expect it to be launched in the price range of ₹1.70 lakh to ₹1.90 lakh (ex-showroom).

2022 KTM 390 Adventure: Bajaj Auto is likely to make an official launch announcement on the new KTM 390 Adventure in India this month. The motorcycle has already arrived at some official dealerships indicating that the launch is nearby. With the latest update, the bike will receive new colour schemes along with some minor feature updates.

New-gen KTM RC390: After the new-gen KTM RC200 which was launched in India back in late-2021, the company is gearing up for the introduction of the bigger RC390 in India soon. While there is no official indication, rumours suggest that the all-new RC390 will be launched this month and it will be priced slightly higher than the existing model.

2022 Yamaha MT-15: Yamaha Motor India will update its MT-15 motorcycle this month. The outgoing model has already been listed down from the company's official webpage. It will soon be replaced with the yearly updated model which will receive new colour options as well as features.

Meanwhile, Hero's Vida EV will also make its official debut soon. The electric two-wheeler will be displayed for the first time on April 1st, 2022.