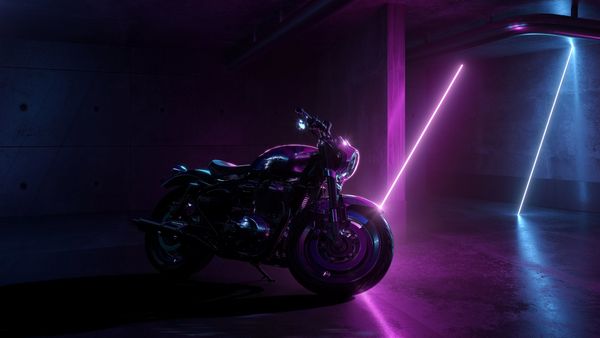 Royal Enfield has dropped a teaser for a new motorcycle concept which goes by the name SG 650. The company has shared the new images of the motorcycle at its social media handles and informed that the live broadcast of the new concept will be done later today at IST 7 PM.

The Chennai-based bike maker has yet not shared any details of the new bike but going by the name, the model comes based on the existing 650 cc platform that's found on the Continental GT 650 and the Interceptor INT 650 bikes.

The company was also seen testing a 650 cc cruiser motorcycle on the Indian roads in the recent past, chances are that the new concept could be a near-production model of the same concept. But nothing is officially confirmed yet.

Going by the exterior looks of it, the bike seems to have quite a similar exterior styling when compared to the Classic 350 that is sold in the Indian market as well as globally.

The new SG 650 Concept has some special elements that are a first for a Royal Enfield concept. For the record, the tank on the bike is CNC billet machined from a solid block of aluminium, as have the wheel rims with integrated ABS, bespoke designed brake calipers, and dual front brake disks.

The new SG 650 Concept has some special elements that are a first for a Royal Enfield concept.

Says Adrian Sellers, Group Manager, Industrial Design and lead for the SG650 Concept project, “We’re really excited to unveil this concept and write another chapter in the rapidly evolving story of Royal Enfield design. It is always exciting to design for a “What if…" scenario, and the brief to create a motorcycle that would both be recognizably Royal Enfield but at the same time push what a Royal Enfield could be was a real challenge. This was a wonderfully collaborative and rewarding project to develop, as it required the creative input of many different aspects of the design team - from Industrial Design to Color Trim and Graphics and CGI - each contributed a piece of the puzzle to bring this other world."

More details about the upcoming Royal Enfield SG 650 concept will be revealed later in the day during the EICMA debut of the motorcycle at the company's official social media handles.