The Royal Enfield Meteor 350 might not launch in October, as previously speculated.The launch is said to be delayed due to supply chain issues.When launched, it will arrive in three trims - Fireball, Stellar and Supernova.
By : Prashant Singh
| Updated on: 10 Oct 2020, 04:35 PM 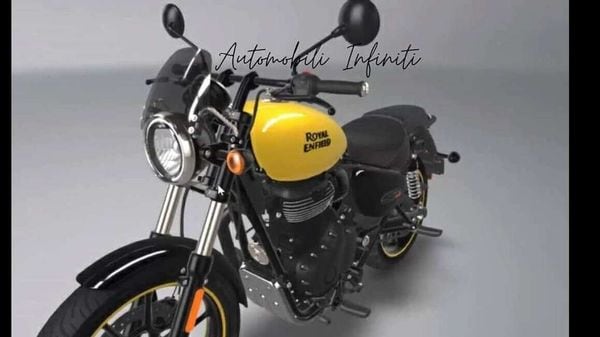 Royal Enfield Meteor 350 is one of the most awaited models from the Chennai based bike making brand. It has been spotted getting tested on public roads a few times already and its exterior design was also leaked in clear studio images a few months back.

Sources suggest HT Auto that its launch has been delayed once again and it might not be arrive in October, as previously speculated. Supply chain issues due to the pandemic which halted the production for a few weeks is rumoured to be the culprit.

For the uninitiated, the Meteor 350 is going to be the Thunderbird 350X's successor. Leaked documents suggest that it will feature a new 350 cc, single-cylinder, air-cooled, long-stroke powertrain which will deliver 20.2 bhp of maximum power and 27 Nm of peak torque. There will also be a new transmission with smoother and lighter clutch action.

The Meteor 350 will arrive in in three trims - Fireball, Stellar and Supernova, and all the three variants will feature a 'Tripper Navigation' feature. This is Bluetooth enabled navigation system for Royal Enfield bikes. This feature will come handy for the long distance riders who love to explore new destinations on two wheels.

Apart from this, some of the key features on the bike will include LED DRL and tail light, a USB charger, alloy wheels, telescopic front forks and twin-sided shock absorbers at the back. Moreover, it will also get an all-new instrument panel with an analouge speedometer and a digital display for informatics such as odometer, tripmeter, service reminder, fuel bar and clock.