The Meteor 350 will be first bike from Royal Enfield to feature the turn-by-turn navigation. It is expected to be launched by the end of September.
By : HT Auto Desk
| Updated on: 07 Sep 2020, 02:16 PM 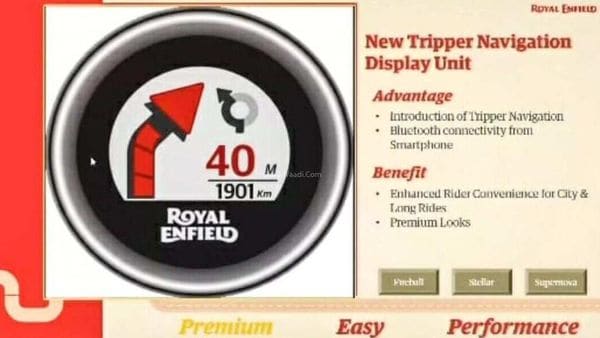 Royal Enfied, the Chennai based bike maker is gearing up to introduce the all-new Meteor 350 motorcycle in the Indian market soon. It will most likely be launched by the end of September or early October.

The Meteor 350 is going to be RE's first ever bike to be equipped with Tripper Navigation feature which is company's own version of a turn-by-turn navigation system. For the record, bike makers such as TVS Motor Company and Hero MotoCorp have already equipped their select motorcycles with such a feature.

As per a recently leaked document, the Meteor 350 is going to be equipped with a semi-digital twin-pod sytle instrument console. There will be a bigger semi-digital dial on the left side, and a smaller dedicated Tripper Navigation full TFT dial will be located on the other side.

This is going to be an all-new instrument panel with an analouge speedometer while a digital display will be embedded inside displaying informatics such as odometer, tripmeter, service reminder, fuel bar and clock. This retro instrument console is expected to go well along with the overall appeal of the Meteor 350. 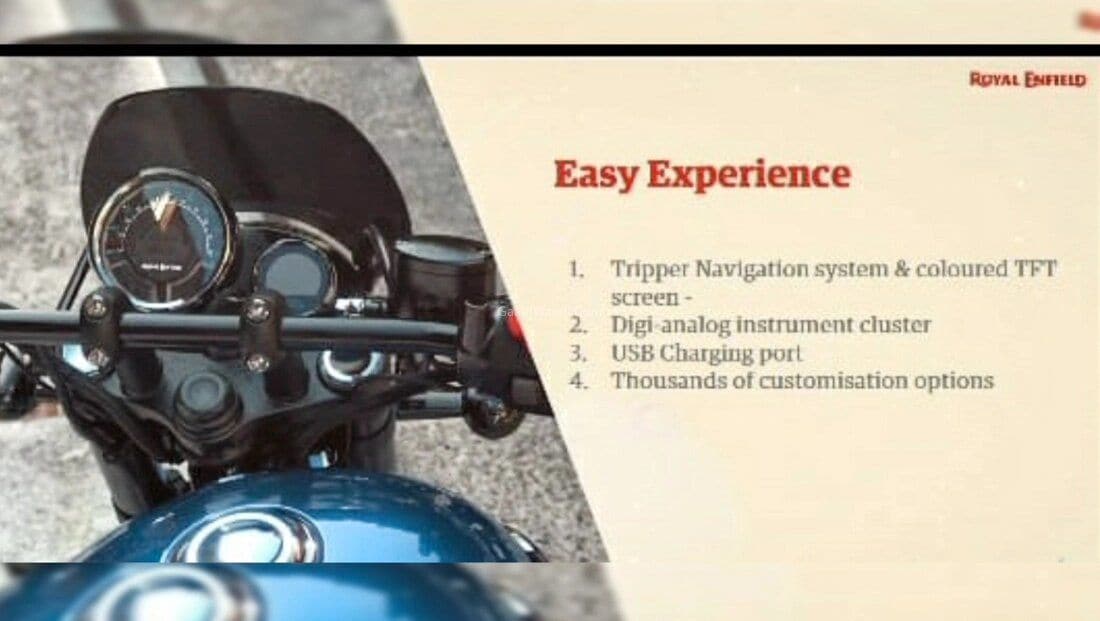 The leaked document suggests that the 'Tripper Navigation' digital dial will be connected to a smartphone via Bluetooth and will display road directions directly onto the TFT screen. This feature will be specially helpful for the long distance travelers who love to explore newer destinations on a motorcycle. It is going to be part of the standard kit across all the variants of the motorcycle - Fireball, Stellar and Supernova.

It will use a new 350 cc, single-cylinder, air-cooled, long-stroke engine which delivers 20.2 bhp of power and 27 Nm of torque. (More details here)