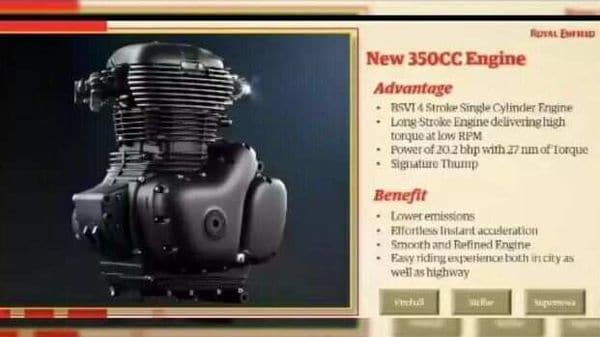 Royal Enfield's upcoming Meteor 350 motorcycle isn't very far off from its official launch date in India. It is said that the bike is slated to go on sale in the last week of September and seeing the number of spy images and leaks going around these days, it will most likely come out by the end of this month.

While the company is yet to reveal the official tech-specs of the Meteor 350, a new data leak throws light on its engine and specification. As per the leaked document, the Meteor 350 will feature a new 350 cc, single-cylinder, air-cooled, long-stroke engine which will be good enough to deliver 20.2 bhp of maximum power and 27 Nm of peak torque. The document says that the 'long-stroke engine delivers high torque on the low rpm.' It also suggests that the new gearbox will be smoother and feature a light clutch action.

It was previously revealed that the Royal Enfield Meteor 350 will be made available in three trims - Fireball, Stellar and Supernova. The base 'Fireball' variant will have two colour options - Yellow and Red. It will sport decals instead of a 3D badge. 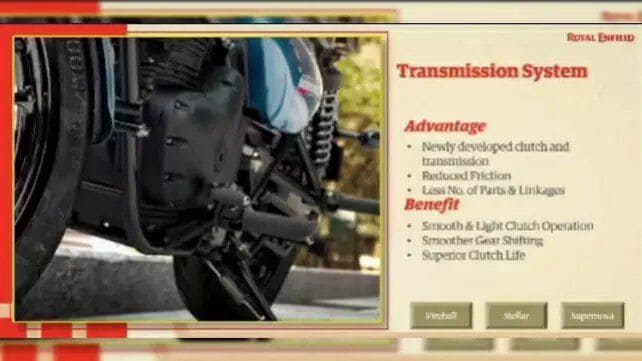 The company will make 'Tripper Navigation' a standard feature on the Meteor. It is nothing but another name for the Bluetooth enabled navigation system. Apart from this, the Meteor will also get features such as LED DRL, a LED taillight, a semi-digital instrument cluster, a USB charger, alloy wheels, telescopic front forks and twin-sided shock absorbers at the back.