Meteor 350 Fireball, RE's upcoming offering has been leaked online through what seems to be the company's online motorcycle configurator.
By : HT Auto Desk
| Updated on: 26 Apr 2020, 12:02 PM 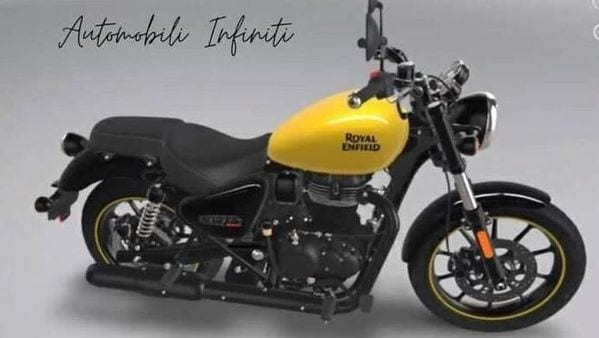 Looks like Royal Enfield has fully readied the motorcycle which was under development for quite sometime now. Not just the motorcycle, but its official name has also been leaked online through what seems to be the company's online motorcycle configurator. The latest leaks strongly suggest that the bike will be named 'Meteor 350 Fireball'.

Interestingly, one of the images also show a price tag ₹1,68,550 (including accessory flyscreen price), which though might not be actual price of the bike but used just of testing purpose. Also, the possibility of this figure being close to the official price tag can't be denied. 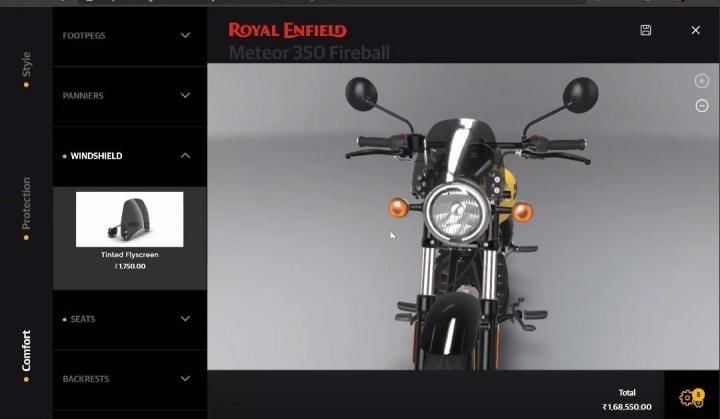 Another important info that can be scooped out of these new images is that the bike will be made available at least in two colours - Bright Yellow and Red. Going by the leak, body components like engine, tyre huggers, exhaust, frame and more, will be fully blacked out in both the schemes.

Wheels will sport a very trendy design along with body coloured rim tapes. The tail light will be offered in a sporty mini-circular pattern which protrudes out of the rear fender. All in all, the company has tried its best to give the motorcycle a very flashy design.

One of the models show that along with the standard front disc, at least one of the variants of the Meteor 350 Fireball will be made available with the rear disc brake as well.

Though there is no confirmation on the official engine and specs but you don't have to be a genius to guess that the bike will run on a 350 cc engine. 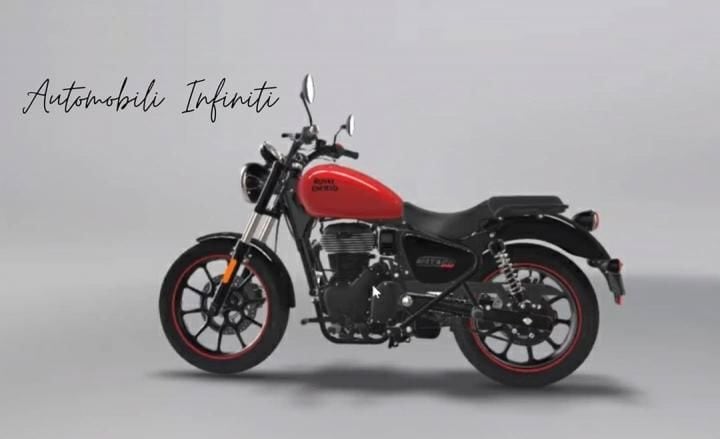