The Royal Enfield Classic based 'Photon' is a shed-built EV that has chucked its gasoline powerplant and decided to run on electricity.
By : Prashant Singh
| Updated on: 06 Apr 2020, 08:29 AM 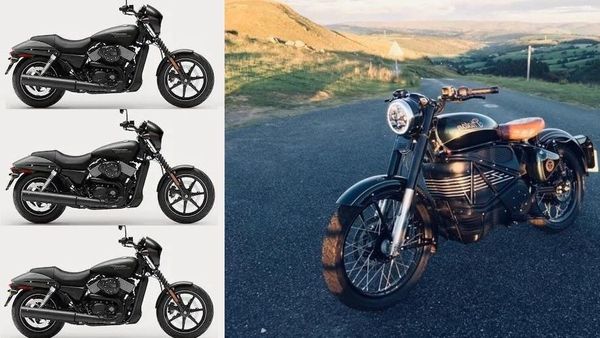 Chennai-based bike maker,Royal Enfield previously announced its intentions of developing an electric bike. However, the Classic 500-based electric bike, the 'Photon', isn't exactly the bike the company had in mind.

To throw some light on the matter, it is a shed-built Classic 500 that has chucked its gasoline powerplant and decided to run on electricity. Interesting isn't it?

What's even more interesting is the fact that it's built by a UK-based company called Electric Classic Cars and costs whopping GBP 20,000, equivalent to almost ₹19 lakh. At this price you can bring home three Harley-Davidson Street 750 bikes and then you'll also have money left to buy a Royal Enfield Interceptor 650 or a Continental GT 650. Not much of a deal isn't it? Electric Classic Cars, as the name suggests does such makeovers for cars.

The Classic Photon EV features a large battery pack along with 3D printed panels with alluring aesthetics. It gets 2.5 kWh Li-ion LG Chem batteries and pushes out power from a 13 kW water-cooled electric motor which comes mounted on the rear wheel hub. The output figures aren't officially revealed and the numbers found on the internet (peak output 12kW/ 16.32 PS) aren't very convincing for such a costly bike.

As for the equipment list it gets the same 37 mm telescopic front fork with twin shock absorbers at the rear as seen on the stock bike. The braking duties are performed by a 280 mm front disc as well as a 240 mm rear disc.