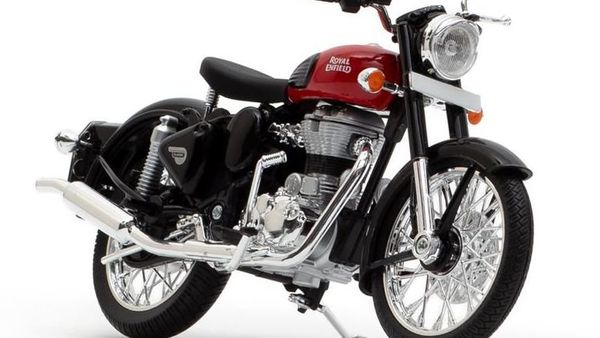 Royal Enfield has launched the updated Classic 350 BS 6 in the Indian market. In the single-channel ABS configuration the bike has been priced at ₹1.57 lakh (ex-showroom Delhi). At this price, the motorcycle stands ₹11,000 costlier than the previous BS 4 model it replaces. It is now the most affordable motorcycle present in the manufacturer’s Classic range.

At the heart of the Royal Enfield Classic 350 sits a BS 6 compliant 346 cc, single-cylinder, air-cooled engine which now features fuel injection technology. The engine has been claimed to deliver a maximum power output of 19.3 PS at 5,250 rpm and 28 Nm torque at 4,000 rpm. In comparison to the BS 4 spec engine, the output has been lowered down slightly. The transmission option remains the same 5-speed unit.

Apart from the Mercury Silver and Pure Black colour options already present in the market, the bike gets new paint schemes including Chestnut Red, Ash and Redditch Red colours.

The company has already commenced bookings on the Classic 350 BS 6 (single-channel ABS), also the bike has started reaching at the dealerships. Deliveries of the same will begin soon.

The Royal Enfield Classic 350 BS 6 is pitted against the rivals such as Benelli Imperiale 400 (BS 6 version yet to launch), and the very recently introduced BS 6 updated Jawa (Classic) and the Jawa Forty Two.

In other similar updates, Royal Enfield is gearing up to launch an all-new motorcycle, Meteor. Several internet reports suggest that it is going to be an extension in the RE's Thunderbird line-up. It is also reported that it will share some of its underpinnings, suspension and braking cycleparts with the flagship 650 Twins, but the same would raise the overall costing of the bike. It will employ an all-new engine (350 - 400 cc) altogether.