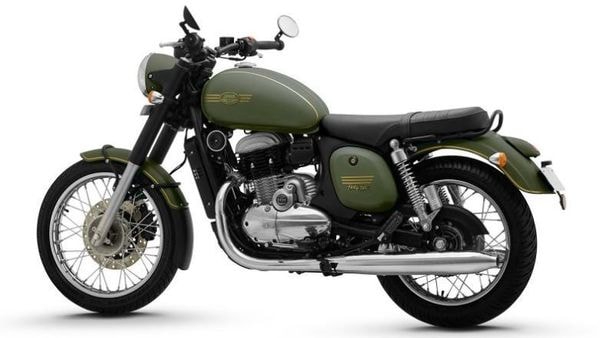 Classic Legends has launched the BS 6 updated models of the Jawa range (the Jawa and the Jawa Forty Two) in India. The other motorcycle in the line-up, the Jawa Perak is already a BS 6 compliant product ever since it was launched back in November 2019.

Throwing light on the introduction of the new BS 6 line-up, Ashish Singh Joshi, CEO, Classic Legends, said, "Riding responsibly is one of the core ethos of our brand as well as our Kommuniti and the Jawa and Forty Two were ready to take on the stricter BS 6 emission norms right from the time they were conceived. This is the key reason why both these motorcycles have kept their character and riding pleasure intact even after receiving the updates to make them more environment friendly."

As far mechanical configuration is concerned, the bikes come powered by the same 293 cc, single-cylinder, four-stroke, liquid-cooled powertrain. The only update is the inclusion of the fuel injection. The bikes are said to feature India's first cross port technology. The company says that the use of this feature has enabled the motorcycles to retain the twin exhaust character and meet the needed emission standards.

The power output of the engine remains unchanged at 27 PS and 28 Nm. Also, the 6-speed transmission has been retained. The cycle parts include the same telescopic forks at the front and dual shocks at the rear. The braking duties are performed by the same disc brakes setup at the either end. The bikes are available in both single-channel ABS and dual channel ABS form.