Kawasaki Ninja ZX-25R to launch in Indonesia on July 10 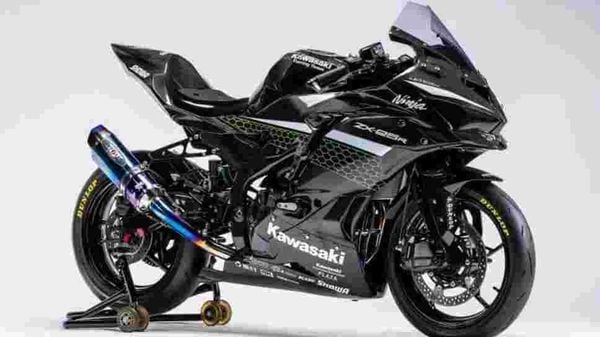 Kawasaki has revealed new launch details of the Ninja ZX-25R motorcycle. After going on sale in New Zealand a few weeks back, the world's only quarter-litre four-cylinder motorcycle will land in Indonesia on July 10. Earlier, the bike was slated to be launched there in April, but the event was delayed in the view of the coronavirus outbreak.

It is expected to land on the Indian shores later this year and will be priced somewhere close to ₹5.5 lakh to ₹6 lakh.

Only recently, dyno figures of the Ninja ZX-25R were revealed. As per the dyno test, the stock ZX-25R is capable of producing 41.4 PS at 15,350 rpm and 20.8 Nm at 12,700 rpm. These are the performance figures of the output recorded at the rear wheel, which is about 10-15% less against the one recorded at the crank (which manufacturers claim). By this logic, the bike delivers somewhere around 46 PS to 48 PS of power, which should make it the most powerful 250 cc motorcycle in the world currently. Its engine redlines at around 17,500 rpm and here is how it sounds while doing so.

The Japanese automaker is yet to reveal the official specs of the bike. Hopefully, the numbers will be made public with the Indonesian launch next month.

In terms of competition, there is nothing precisely which stands in the same league as the Ninja ZX-25R. It may prove to be an even more aggressive and potent track weapon than say a Ninja 400 or a KTM RC 390.