Jawa-Yezdi Motorcycles will hold its 20th International Day in Bengaluru this weekend. The event will see the classics of yesteryear together with their new generation avatars for the first time at the annual event.
By : HT Auto Desk
| Updated on: 07 Jul 2022, 15:45 PM 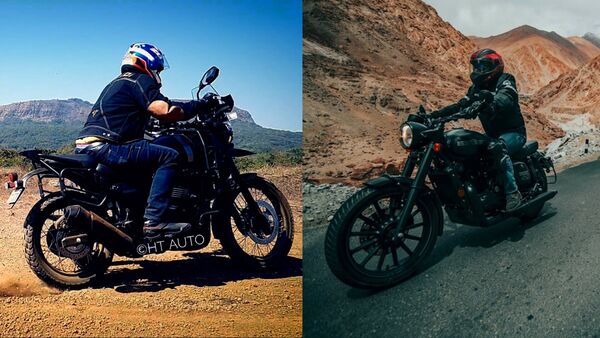 Jawa-Yezdi Motorcycles will hold its 20th International Day in Bengaluru on July 10.

Jawa-Yezdi Motorcycles will hold its 20th International Day on July 10 in Bengaluru. The event will be the first meeting between the new generation Jawa and Yezdi motorcycles and the old classic models. The event is will be hosted at the St Joseph’s Indian High School Ground in the city where the old and new Jawa, Yezdi bikes will be seen riding side by side. While Jawa has launched its new generation two-wheelers some time ago, Yezdi made its India return with three new models launched earlier this year.

The event is expected to host members from the Jawa Yezdi Kommuniti with motorcycles ranging from old classics to the all-new range of bikes launched in recent times. Ashish Singh Joshi, CEO at Classic Legends, said, “We are excited to bring our Kommuniti together to celebrate the 20th International Jawa-Yezdi Day. With the Jawa and the newly introduced Yezdi models, our kommuniti is growing and it will be a delight to see the new riders come together with the vintage Jawa and Yezdi owners, who have kept the flame burning throughout. This year will be a celebration of this camaraderie and biking brotherhood, and we’re looking forward to it!"

Yezdi Motorcycle has made its return to India after a 26-year hiatus. The Mahindra Group-owned Classic Legends has been instrumental behind the revival of the brand. Yezdi is the third iconic brand under the Classic Legends umbrella along with Jawa and BSA.

Jawa-Yezdi Motorcycles has said that community meets for owners are also expected to take place across many cities in the country. The company said that its dealerships are also going to host rides for the Jawa, Yezdi customers who own the new models or the old classic models.