Honda to launch a Royal Enfield, Jawa rivaling cruiser in India on September 30

Upcoming Honda cruiser will be slotted in the sub-400 cc segment and will sport a retro classic theme which is fairly popular in India.Whether the upcoming cruiser uses an all-new platform or comes based on the Rebel 300, is yet not confirmed.
By : Prashant Singh
| Updated on: 18 Sep 2020, 04:04 PM 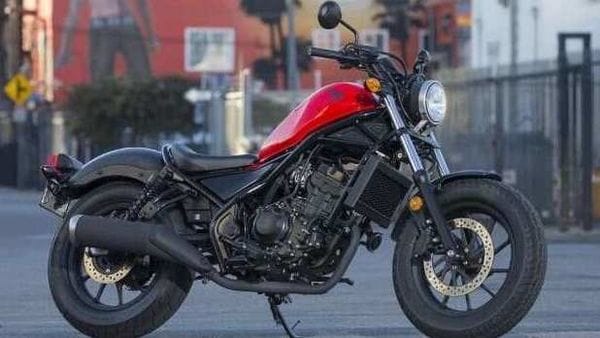 It has been known for some time that Honda is working on a new strategy for the Indian market. Apart from the regular mass segment products, the company will be also be focusing on the booming premium motorcycle segment more seriously.

After the new Hornet 2.0 which was introduced recently, the company is now gearing up for the launch of a new cruiser which will take on the likes of Royal Enfield and Jawa bikes in India. The upcoming cruiser bike will be slotted in the sub-400 cc segment and will sport a retro classic theme which is fairly popular in the country.

While there is no clarity on what exact product does Honda have in mind, but something that's close to a Rebel 300 fits all the speculations. It has been hinted that the bike has been designed specifically for the Indian market, but whether it uses an all-new platform or is based on the Rebel 300, is yet not confirmed.

It could be priced somewhere in the range of ₹2 lakh to ₹2.5 lakh, which will place it in the territory of the Royal Enfield bikes. Honda will use this chance to break RE's monopoly in the sub-400 cc cruiser segment since there is no other bike maker which sells in the same space, save for Jawa.

(Also Read: India-bound new Honda Forza 350 to be revealed in Europe on October 14)

The new cruiser will be sold from the Honda Big Wing dealer network. The company has announced in the past that it plans to aggressively expand the Big Wing network to 75 cities across the country.