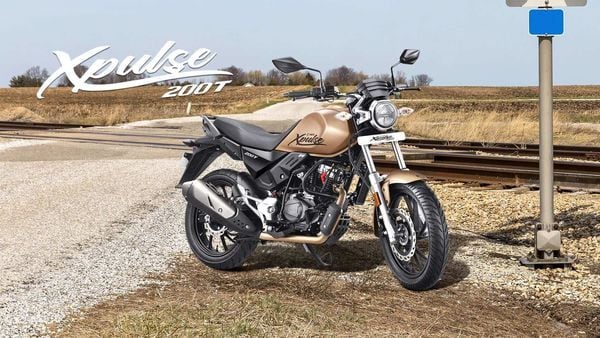 While the BS 6-spec Xpulse 200T was launched in the Indian market last year, the Xpulse 200T never actually saw the light of the day despite being teased several times.

Now the company has revealed the official technical specifications of the motorcycle which hint that the bike is likely to go on sale in the country soon.

The motorcycle has missed out on the oil-cooler that was seen on the new Xpulse 200 BS 6 last year. At the heart of the bike sits a 200 cc air-cooled, single-cylinder engine that delivers 18.4 PS of maximum power and 16.15 Nm of peak torque. The transmission option includes a 5-speed unit.

It has a ground clearance of 177 mm and rolls on 17-inch alloy wheels kitted up with tubeless tyres. Colour options of Panther Black, Sports Red and Matte Shield Gold are likely to be carried over, on top of that new options may be launched at the time when the bike goes on sale in India.

The decision to not use the oil-cooler may allow Hero to price the bike more competitively. For the record, the previously sold BS 4-spec version of the same motorcycle stood at around 1.05 lakh. As far as the updated model goes, it may be priced somewhere higher at ₹1.10 lakh (ex-showroom).

The 'T' trim of the motorcycle is basically a tweaked version of the regular XPulse 200. The latter, on the other hand, has been registering big interest in the state of Kerala where Hero MotoCorp has managed to retail over 10,000 units of the budget ADV (read more details here).