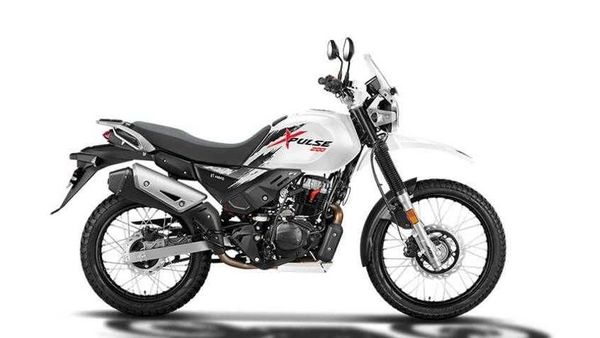 Hero MotoCorp on Wednesday announced the launch of the awaited BS 6-compliant XPulse 200 in India. The bike has been priced at ₹1,11,790*. It is around ₹5,000 more expensive than the previously available BS 4-spec model which retailed at ₹1.06 lakh* in the past.

The latest iteration of the XPulse 200 also gets oil-cooling. In order to make it BS 6-compliant, the bike has been given a rerouted exhaust which fits a larger catalytic converter. The motorcycle also benefits from a new bash plate.

The latest model only gets mechanical changes, while the design and styling remains unaltered. It carries over the same exterior features such as LED headlight, LED taillight, Bluetooth-enabled instrument cluster and a tall-set front fender as found previously.

It is available in five colour options – White, Matte Green, Matte Grey, Sports Red and Panther Black. There isn't any direct competition to the XPulse 200 in the Indian market currently.

The Delhi based two-wheeler maker has also launched the new Xtreme 160R motorcycle. It has been priced at ₹99,950* for the front disc and ₹1,03,500* for the double disc. Both the models have been equipped with a single channel ABS.

Moreover, Hero has also listed the Xpulse 200T BS 6 on its official website. The same is also expected to go on sale very soon.