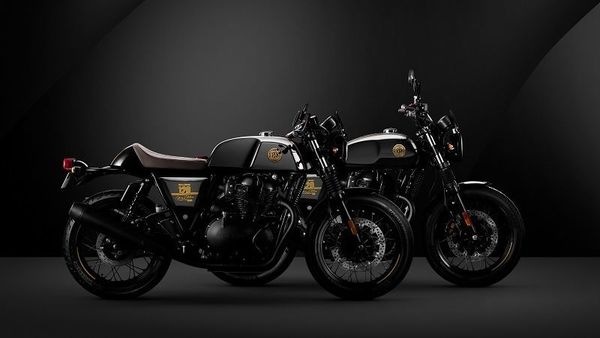 The motorcycle manufacturer also announced that globally only 480 units of this special edition motorcycle will be available. Among them, 120 units were allotted for the Indian market, which were sold out in record time, claims Royal Enfield.

While the styling of the motorcycles has received an overhaul, the silhouette of both the 650 cc models remains the same as the standard model. Also, the special edition 650 cc models come with unchanged specifications and mechanical bits.

They come equipped with special blacked-out Royal Enfield genuine motorcycling accessories kits as well as an extended warranty for the fourth and fifth year over and above the three year OEM warranty.

Besides the Indian market, the limited-edition motorcycles will also be available for consumers in South-East Asia, the Americas and European markets soon, as the Chennai-based manufacturer has claimed.

Meanwhile, Royal Enfield's domestic motorcycle sales in November 2021 slumped 24 per cent to 44,830 units from 59,084 units registered in the same month a year ago. However, the motorcycle giant's export numbers were pretty high at 6,824 units shipped last month, up 45 per cent from 4,698 units recorded in November 2020.