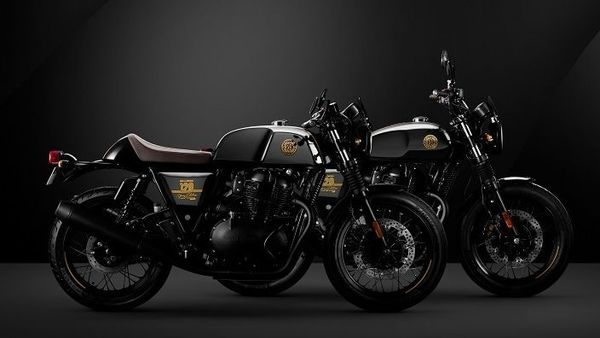 Royal Enfield's domestic motorcycle sales in November slumped 24 per cent to 44,830 units from 59,084 units registered in the same month a year ago. The motorcycle giant's export numbers were pretty high though. Royal Enfield shipped 6,824 units of motorcycles last month, up 45 per cent from 4,698 units recorded in November 2020.

Overall motorcycle sales of the Chennai-based two-wheeler manufacturer in November 2021 were 51,654 units, down 19 per cent from 63,782 units registered in November 2020.

The company recorded 342,854 units of sales between the April-November period this year, recording just one per cent marginal growth from 338,751 units during the same period last year.

While domestic sales for theRoyal Enfield remained down for the April-November period in 2021, the company registered a whopping 134 per cent growth in export numbers with 47,143 units shipped, as compared to 20,174 units exported last year.

Meanwhile, Royal Enfield showcased the SG650 concept at EICMA 2021. The motorcycle concept is expected to enter production as the brand's third 650 cc offering. It comes reflecting the brand's journey from analogue era to mode

To commemorate its 120 years in business, Royal Enfield has showcased the 120th Year Anniversary Edition of the brand's flagship 650 twin motorcycles at the Milan event.

The special edition models of Interceptor 650 and Continental GT 650 will be produced in limited numbers of 480 units only. The company has said that it will sell 120 units of each motorcycle in the Indian market, while the rest will be meant for overseas markets.

In the meantime, Royal Enfield has commenced local assembling at its CKD plant in Thailand, one of the key markets for the brand.