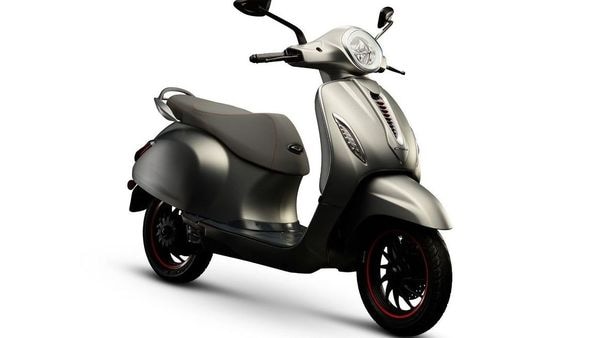 Bajaj Auto has started the official deliveries of Chetak electric scooter in Pune and Bangalore.

The Chetak was re-launched in a new electric avatar in January. It retails at a price tag of ₹1 lakh for Urbane variant and ₹1.5 lakh for the Premium variant, both prices ex-showroom, India. Key differentiating factors in both the variants are seen basically in terms of hardware and styling.

The scooter retains some of its old-school design elements on the outside, while on the inside, it is a completely modern vehicle which runs of charge instead of conventional fuel. Speaking of which, the Chetak features an IP67 rated, lithium-ion battery which transfers charge to a 3kWH motor. This motor is responsible for churning out 4kW (peak) and 3.8kW (continuous) power which is backed-up by 16 Nm of torque.

The Bajaj Chetak electric can be driven in two riding modes, Eco and Sport. While the former provides a full charge range of 95 kms, the latter is good enough to deliver 95 kms of range.

In terms of features and equipment, the Chetak gets a Bluetooth-enabled LCD instrument cluster which supports smartphone sync for live tracking and statistics. It also gets Intelligent Braking Management System (responsible for battery's charge/discharge flow), keyless starting and regenerative braking.

The suspension duties on the scooter are performed by tubular single sided unit at the front and a traditional monoshock unit (with single-sided cast-aluminium swingarm) at the rear. The scooter is suspended on 12-inch wheels at both the ends. It features single disc brake (front) and traditional drum unit at the rear.

After Pune and Bangalore, the company will expand Chetak's footprint to more cities such as Mumbai and Delhi by end-2020. It is a direct rival to the likes of the TVS iQube, Ather 450 and the Okinawa iPraise.