The third-generation Suzuki Hayabusa will be launched in India this April.It will continue to rival the likes of the Kawasaki Ninja ZX-14R.
By : HT Auto Desk
| Written By : Prashant Singh
| Updated on: 03 Apr 2021, 01:08 PM 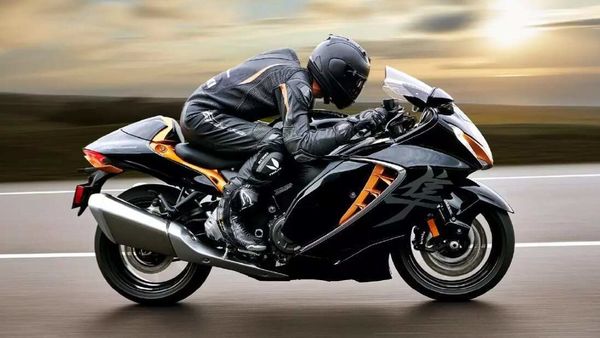 Suzuki announced in March that it will be launching the 2021 Hayabusa motorcycle in the Indian market soon. Now the Japanese motorcycle maker has announced on its social media handles that the fully revamped sports tourer will be launched in April.

The company wrote in a tweet, "The ultimate sportbike is coming back! Experience unmatched thrill and fun with superior refinement and technology in the New #Hayabusa 2021. Launching this month, StayTuned!"

The ultimate sport bike is coming back !

Experience unmatched thrill and fun with superior refinement and technology in the New #Hayabusa 2021.

The previous-generation model was taken down last year with the introduction of stringent BS 6 emission norms. The new Hayabusa is going to a very major launch for Suzuki in India. In fact, select Suzuki dealerships have also started accepting unofficial pre-bookings on the bike.

The new Hayabusa broke cover in the international market earlier this year. The company has already revealed the updated technical specifications as well as features of the new bike.

At the heart of the new Hayabusa sits a gigantic 1340cc in-line 4-cylinder engine. This unit is now BS 6/ Euro 5-complaint and is tuned to churn out 187 bhp of max power at 9700rpm and 150Nm of peak torque at 7000rpm. The transmission option remains a 6-speed gearbox.

Hayabusa is already one of the most famous premium bikes in India, needless to say, the updated model is also expected to have a similar demand in the market. It will continue to rival the likes of the Kawasaki Ninja ZX-14R.