While Royal Enfield engines proved to be coming with least impurities, Chinese brand Yin Xiang's sample was the most polluted.
By : HT Auto Desk
| Updated on: 16 Mar 2021, 12:32 PM 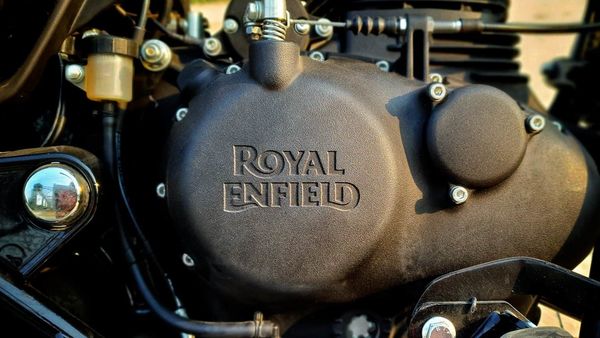 Royal Enfield motorcycle engines are cleaner as compared to the rival brands’ engines that include major global motorcycle manufacturers like Aprilia, Ducati, Triumph, Harley-Davidson, Suzuki, Yamaha, Kawasaki, KTM, Honda, BMW Motorrad etc, as revealed by a test. The test result revealed that the Royal Enfield engines leave little impurities from the production line of the engine as compared to the other brands mentioned above.

The laboratory collected used engine oils from 12 random motorcycles manufactured by different brands and tested them thoroughly. After seven months of rigorous testing, the result was out revealing the Indian motorcycle manufacturer’s engine oil contains the least number of impurities and small particles that are the result of the manufacturing process.

The impurities and particles include carbon and metal shavings, cloth fibres, sand grains, plastic, wood chips etc. Keeping the engine working without changing the engine oil after a certain interval can further damage the engine by scratching the vital parts such as piston rings, crank etc.

The researchers tested a 100 ml used engine oil sample from each motorcycle for the quality and the presence of carbon content. The smallest particles were 5 micrometres, while the largest ones were around 100 micrometres.

According to the test result conducted on the 12 samples, the Royal Enfield appeared to be making the cleanest engines, while the Chinese motorcycle manufacture Yin Xiang’s sample was the most polluted.